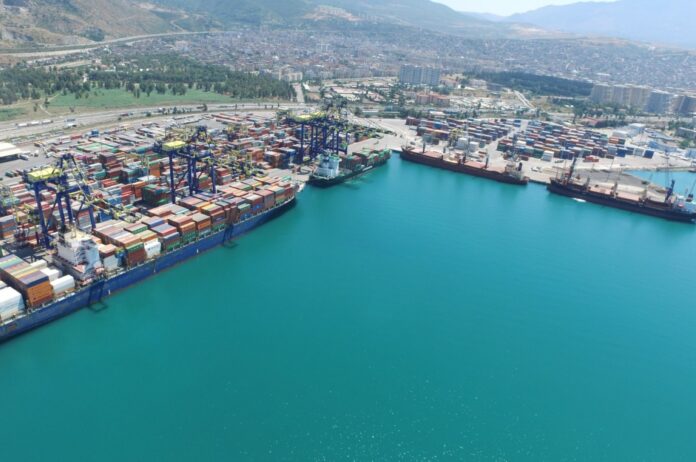 ANKRA: Turkey’s bilateral trade and business relations with the US have improved despite the novel coronavirus pandemic, a senior official disclosed.

“The trade volume rose 3.5pc on an annual basis during these extraordinary times when countries are struggling to trade with their partners,” said Deputy Trade Minister Riza Tuna Turagay during a webinar on the future of Turkey-US trade relations, organized by the Turkish Heritage Organization.

“Despite that we’ve seen some ups and downs in our bilateral relations, at the and of the day, it is all about trade and commercial relations,” he said. “I believe we must achieve swift progress towards the target. In this sense, boosting networking between our business communities is very valuable.”

Turagay noted that a free trade agreement between Turkey and the US to mutually liberalize trade in certain sectors would give a healthy push to bilateral ties.

Yet, according to him, before reaching such a deal, certain issues needed to be resolved. “We established the customs union with the EU, so we need to follow the EU’s steps. That’s one of the constraints,” he explained. Tariffs on Turkish steel products and Turkey’s removal from the generalized preferential system program for trade were also considered restrictions by Ankara, he noted.

“So, we have to solve these problems and the next step would be a free trade agreement,” he concluded.

In March 2018, Trump decided to slap an additional 25pc tariff on steel imports in a bid to protect national security. That August, Trump also raised tariffs on steel and aluminum imports from Turkey to 50pc. Ankara retaliated by implementing equal tariffs on some imported products from the US.

In May 2019, the US cut tariffs on steel imports from Turkey to 25pc. Though Ankara tried to discuss the move with Washington, this proved fruitless and it applied to the World Trade Organization.

In July, the US Court of International Trade found Trump’s decision on Turkish steel to be unlawful, ruling that the president did not have the authority to make the related legal modifications.