Both publicly listed hotel companies announced dismal results for the financial year 2020, in a challenge to the government’s attempts to encourage investment in the tourism industry 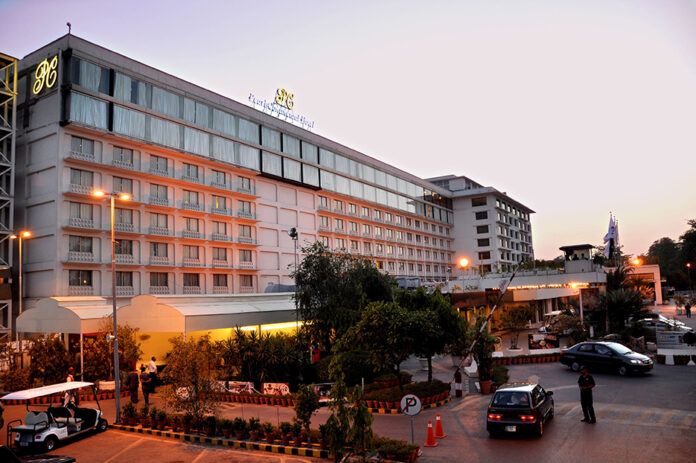 Tourism and the hotel business is always a tough business to survive in in Pakistan. Perhaps the biggest obstacle to the success of Pakistan’s tourism industry is the country itself. Recall the ill-fated ‘Visit Pakistan’ campaign of 2007, which coincided with the lawyers’ movement, Lal Masjid siege, national state of emergency, and Benazir Bhutto’s assasination (and that was all in one year).

Recently, the Pakistan Tourism Development Corporation (PTDC) announced the National Tourism Strategy 2020-2030. Among other things, this strategy also involved firing 450 employees of PTDC, and closing at least 30 motels down in the northern areas of Pakistan. This occurred despite the constant feting of foreign travel bloggers by the state (one wonders where these bloggers will stay now).

So all in all, it is tough to keep a hotel thriving. And then, 2020 happened. The Covid-19 global pandemic brought foreign travel to a halt. Not that Pakistan was already on the map, but even domestic tourism shut after lockdowns were imposed across the country. And the effects are reflected in companies’ financial statements. Profit took a look at the Pearl Continental Chain, and Regent Plaza in Karachi to assess the damage.

First, Pearl Continental. The chain is practically as old as the country, with the group Pakistan Services Ltd (PSL), operated by the Hashwani family, incorporated in 1958 as a public listed company. The company owns and operates the chain of six Pearl Continental Hotels in Karachi, Lahore, Rawalpindi, Bhurban, Peshawar and Muzaffarabad,The total capacity of all six hotels is 1,526 rooms which are managed by the over 3000 employees.

But the auditor’s report also noted something alarming: that the company’s long term debts have been increasing in the last five years, fromjust Rs685 million in 2015, to Rs9,325 million in 2020. Accorign to the report, current liabilities exceed current assets by Rs4,160 million. Combined with the loss of 2020, “these indicate that a material uncertainty exists relating to events or conditions that may cast significant doubt on the Company’s ability to continue as a going concern.”

The company, however, remains upbeat: “The Company is in advanced stages of negotiations with banks for rescheduling of loans and accrued interest payments which will have a positive impact on the Company’s liquidity. Further, subsequent to the year-end, the lockdown restrictions have eased, and the Company’s hotel properties have resumed operations and management expects the room occupancy and sales at its hotel to improve further,” it noted.

According to Pakistan Services, “lock down is eased out, businesses are reopening, travel restrictions are being lifted gradually, social restrictions are fading away and social gathering are being allowed following SOPs, banquets, restaurants, hotels have been allowed to operate and economic activities are growing steadily.” The company feels that the sector will pick up in about six months. Plus, there are plans for a Pearl Continental Hyderabad, and Pearl Continental Bahria Town, Rawalpindi as well.

Regent Plaza has also not had the best of years, though it did fare better than Pearl Continental, considerably. The luxury hotel is owned by Pakistan Hotels Developers Ltd (Formerly Taj Mahal Hotels Ltd), which was incorporated in 1979, and converted into a public Ltd company in 1981. The hotel caught fire in December 2016, in which 12 people died. The company suspended operation, and resumed partial operations in August 2017. A new fire detection system has been put in place in 211 of the 440 rooms so far in Regent Plaza, to be completed by June 2021.

The hotel has somewhat suffered financially since the fire incident. In 205 and 2016, the company has revenues above Rs600 million, and profit after tax above Rs130 million. In subsequent years, revenue has hovered in the Rs300-400 million range. The hotel recorded a profit after tax of Rs28 million in 2019, and just Rs442,000 in 2020.

That massive drop is due to, you guessed it, the pandemic. However, the company did note that the “Pakistan has achieved success to control the Corona Virus disease and hope the situation will be normalize by the end of prevailing calendar Year.” It also cited an improvement in law and order situation, initiatives of the new government, CPEC developments and arrival of more international and domestic tourists in Pakistan, as reasons to be hopeful of the tourism sector.