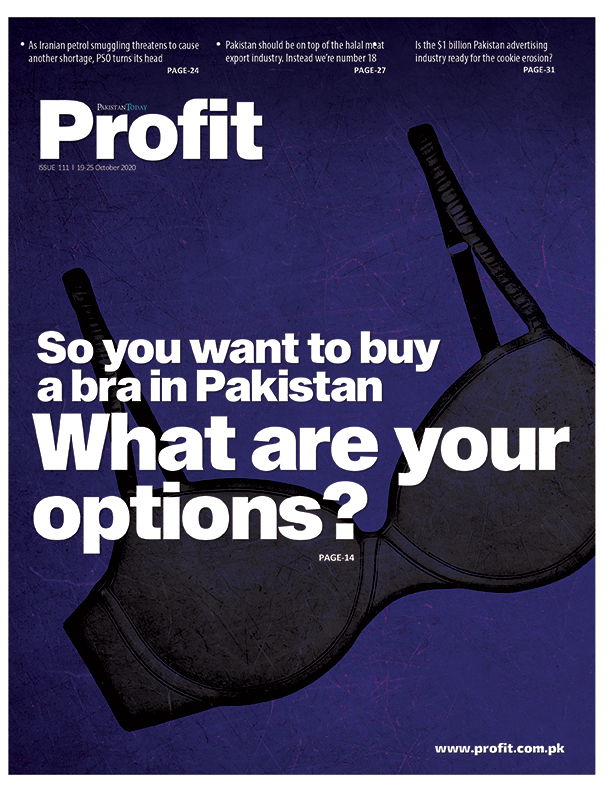 Two things are simultaneously true about Pakistan, both as a society and as an economy: it is heavily – and unjustifiably – male-dominated, and women’s economic and social power is rising rapidly. Our cover story this week is about a subject far too many Pakistani publications do not discuss: women’s undergarments, and the fact that half the population of this country has a shockingly unreliable and terrible shopping experience when it comes to purchasing something so commonplace. All out of a misplaced sense of ‘modesty’.

In the story, we cover the buying process at length, but in this note, we would like to highlight two pieces of data that we found to be quite promising as far as Pakistan’s economic growth prospects are concerned. The first is the fact that the female labour force participation rate has been rising rapidly, from under 16% to over 25% in a matter of just over a decade and a half. In raw numbers, that has meant that the total number of women in the workforce is now growing at twice the rate of population growth, a healthy sign for rising economic egalitarianism and prosperity for the country.

One other bit of news was buried in the details of the data that we did not highlight, but is still relevant: Pakistan’s male-to-female ratio is getting slightly less distorted. In the 1998 census, there were 108.5 men for every 100 women in Pakistan. By 2017, that number had improved to 105.1 men per 100 women. Why does this matter? Because it means that Pakistani families have started neglecting women just a little bit less than they used to, which means that more women are surviving into adulthood rather than dying as infants or as children.

The natural rate of births in general has a roughly equal number of boys and girls, and – if anything – slightly more girls than boys. This is why, in more gender-egalitarian societies, there tend to be slightly more women than men. In societies that value women less, there tend to be more men than women, either because female fetuses are aborted before birth, or because of neglect causing a higher infant mortality rate for girls than boys.

The numbers for Pakistan are still unacceptably tilted in favour of boys. But at least they are moving in the right direction. How sad a state of affairs for our society that we are celebrating a slight improvement in the number of little girls who are allowed the most basic of rights: to live.