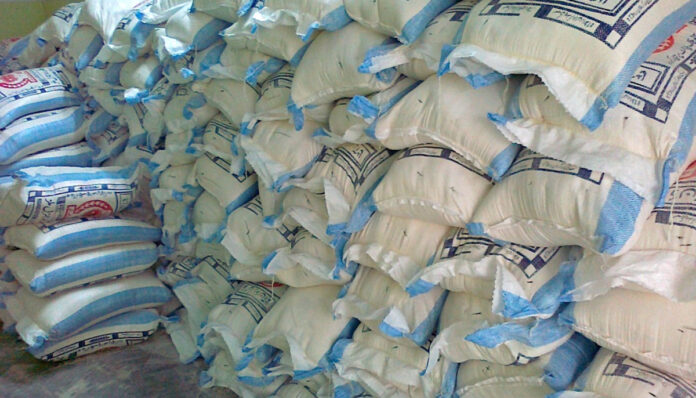 ISLAMABAD: While the country is forced to import wheat for meeting the shortage, it is wasting up to 770,000 tonnes of wheat flour annually for non-implementation of quality sacks.

According to a letter of Pakistan Polypropylene Woven Sack Manufacturers sent to the Ministry of Industries and Production, the huge quantity of wheat flour was being wasted for not using the quality sacks set by Pakistan Standards and Quality Control Authority (PSQCA).

As a mandatory certification item, PSQCA, through an SRO, has set a standard of food grade polypropylene laminated sacks for supply of wheat flour in the country. The Pakistan Polypropylene Woven Sack manufacturers have written the complaint to the ministry of industries and the prime minister that between three to five percent wheat flour is wasted annually in the country due to packing in non –laminated bags.

The letter highlighted that despite high prices of wheat flour in the country between three to five percent of it is wasted during handling as the flour leaks through the low quality woven bags.

The manufacturers of laminated bags have also referred to a study that up to 0.5 kilograms wheat flour leaks out of 20 kg bags by the time it reaches the end destination that is the consumers’ home.

The letter also highlights that under the calculations the consumer’s loss amid 0.5 kg wastage is between Rs20 and Rs30 per purchase.

“Just by controlling wastages during the transportation and handling the nation can save significant quantity of essential food item,” the letter highlighted, “Since the country is suffering from the wheat shortage, it is important that we remain efficient in saving as much Aata as we can for our under-nourished population as Pakistan is among those seven countries that cumulatively account for two-third of the world’s under-nourished population.”

It added that the usage of non-food grade wheat flour sacks has also been termed illegal in Pakistan as the PSQCA has already issued an SRO -PS: 3128 of 2017 for mandatory use of food grade, one side laminated and one side woven polypropylene sacks.

The letter also forwarded to the ministry of ministry of food security refers to the price difference between the non-food grade and food grade sack that is only Rs0.22 per Kg of wheat flour.

It also added that in many areas of the country mostly urban centres including Karachi, Lahore and Rawalpindi wheat flour and other food commodities are packed in unhygienic second hand Cement Sacks causing serious illnesses among masses because of the non-implementation of PSQCA Mandatory Notification PS: 4877 of 2016.

This SRO was issued by the PSQCA on the direction of the National Institute of Health (NIH), Islamabad and the NIH had referred a World Health Organisation directive over unsafe food to the Government of Pakistan.

The NIH had stated that the recycled cement bags were hazardous to human health, as the meshed cement particles remained in the news bags.
Earlier the laminated polypropylene woven sack manufacturers had also asked EPA to intervene over the subject and stop the usage of recycled material that contains exposures to health hazards.

Panther Tyres Limited has applied for listing at the Pakistan Stock Exchange (PSX). According to the notification issued by the PSX, the company has planned...
Read more

November 25, 2020
Recently, I had an opportunity to read Profit Issue #113 and the cover story ‘The discriminatory hiring practices of Islamic Banks: Is this the...