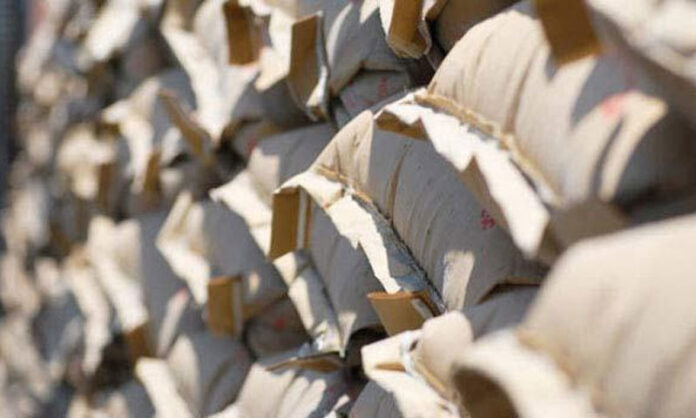 LAHORE: The All Pakistan Cement Manufacturers Association (APCMA) on Saturday took exception to the raids conducted by the Competition Commission of Pakistan (CCP) on offices of some members of APCMA and termed the raids as unlawful, illegal and blatant violation of the law.

The Association disclosed that on November 19 at around 11 am, the office bearers of the CCP conducted searches at the offices of some Members of All Pakistan Cement Manufacturers Association in Karachi. During the raids, the Commission officials also impounded items including personal belongings of the employees for which they had no express authority under the law or through the authorisation memo provided to the members.

A similar search was previously conducted on September 24, 2020, at the office of APCMA and a member office in Lahore.

The Association regretted that the Commission carried on searches despite APCMA collaborating with the Commission in providing all information and documents when and as requested by CCP officials.

It was further disclosed that the APCMA members were unaware of the outcome of any investigation or review of all the documents and information gathered by the Commission during the last one year.  They added that despite cooperating with the Commission, the harassment of APCMA members and their employees continued.

“The Commission illegally and unlawfully, with the support of local police, sealed the premises of APCMA members’ offices while conducting the searches and restricted the movement of employees even though no resistance of any sort was put up by the representatives of the said members,” the Association said.

The APCMA claimed that the officers of the Commission were repeatedly requested to exercise their powers strictly as per law, however, the members’ representatives were continuously harassed and threatened with arrest and imprisonment for interference in official duties.

“Such blatantly illegal and unlawful activities on part of the Commission and its authorised officers have severely damaged the confidence of shareholders of the APCMA members, a large number of whom are foreign investors,” the APCMA said.

“Such high-handedness has also damaged the confidence of the business community in general and is an act that would discourage investments in the country,” the Association said.

On the other hand, as per media reports and the official statement issued by the CCP on November 19, the Commission’s raids and searches were conducted as part of an official inquiry into the alleged increase of cement prices during the month of April this year.

However, it is of a surprise to many that during the period (fourth quarter of FY 2019-20) the price hike was reported, COVID-19 was at its peak in Pakistan and the entire country was observing a complete lockdown. Business activity during this period was almost negligible and all industries including cement were incurring huge losses.

Therefore, investigating such a period raises serious doubts about the intent and purpose of the inquiry conducted by the Commission.

“The APCMA and its members have always believed in and strived for compliance with all applicable laws while conducting their businesses. However, any illegal act and open violation of the law by a federal agency shall always be highlighted,” the APCMA noted.

“The right to dignity and due process of the members of APCMA and their employees, as enshrined in the Constitution of Pakistan, is inviolable. It is expedient that all bodies and agencies while discharging their duties and exercising their powers, operate within the four corners of the law,” it added.