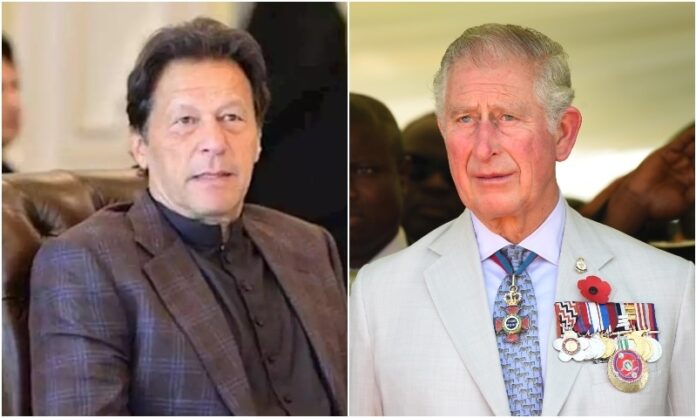 According to an official statement issued by the British High Commission, the Prince of Wales appreciated Pakistan’s commitment to tackle global warming.

Both leaders agreed on the need for global cooperation to tackle issues related to climate change. They also discussed bilateral relations and reiterated their commitment to further strengthen the existing ties.

The Prince of Wales expressed sorrow over Covid-19 fatalities in Pakistan and reaffirmed his country’s assistance to Pakistan to cope with coronavirus challenges. “Britain is hosting the United Nations’ climate change summit, known as COP26,” the prince told the premier.

Meanwhile, in a tweet from his official handle, British High Commissioner Christian Turner conformed, “HRH The Prince of Wales champions the bond between #Commonwealth nations. Today he spoke to @ImranKhanPTI to reaffirm UK and Pakistan ties.”

In addition, the official Facebook page of the PM also confirmed that Imran Khan had a telephonic conversation with the Prince of Wales. PM’s aide Zulfikar Bukhari was also present on the occasion.