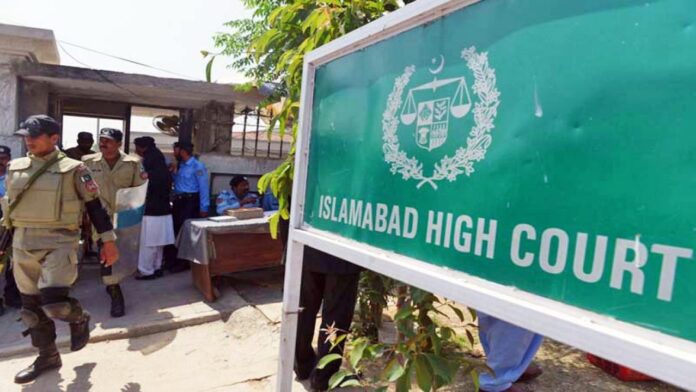 ISLAMABAD: The Islamabad High Court (IHC) on Monday barred Adviser to Prime Minister on Finance Dr Abdul Hafeez Shaikh from heading the Cabinet Committee on Privatisation, besides declaring the formation of the said cabinet body as illegal.

The plea against the constitution of the cabinet committee was submitted by Pakistan Muslim League-Nawaz (PML-N). Challenging the inclusion of advisers Dr Abdul Hafeez Sheikh, Abdul Razak Dawood and Dr Ishrat Hussain in the cabinet committee, the petition, moved through Barrister Mohsin Shahnawaz Ranjha, had argued that only elected representatives of the people had the right to govern the country.

The IHC bench, headed by Justice Aamir Farooq and Justice Ghulam Azam Qambrani, while announcing the verdict, which was reserved earlier, approved plea of the PML-N against the constitution of the federal cabinet committee.

The IHC annulled the notification issued on 25 April 2019 for the formation of the committee and declared the inclusion of advisers on commerce, finance and institutional reforms as illegal.

Meanwhile, in another decision earlier in the day, the IHC dismissed a plea challenging appointments of advisers and special assistants.

Justice Aamir Farooq and Justice Ghulam Azam Qambrani released the reserved verdict in the open court. The verdict was reserved on September 9, after the completion of arguments from both sides.

The order read, “It is pursuant to the said powers that the Federal Government has made the Rules of 1973 and has described the ‘Organizations of Divisions’ in rule 4 ibid. Sub-rule 6 of rule 4 enables the prime minister to appoint special assistant or special assistants and to determine their status and functions.”

It added that the premier is answerable to the nationals and the parliament and he is authorised to appoint officials and other persons for assistance. “There is no restriction regarding the number of special assistants by the prime minister.”