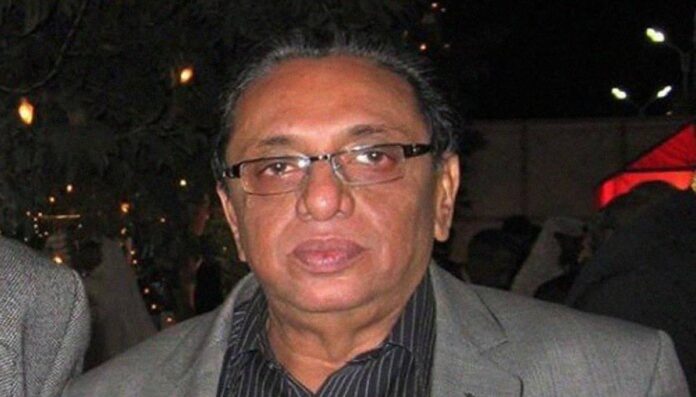 The 67-year-old businessman had been diagnosed with pneumonia and was admitted to a UAE hospital and breathed his last during treatment.

Born in 1953, Teli graduated from Karachi’s Government Commerce College in 1974. The businessman was awarded Sitara-e-Imtiaz by the government in 2011.

He was known for raising voice for the rights of business and industrial community of Karachi.

According to his colleagues, Teli was known for his blunt remarks on various issues and never shied away from speaking the truth.

KCCI President  Shahriq Vohra said Teli was a visionary and leader for all. “This is a loss for the whole of Pakistan. We are in a state of shock,” he added.

Ex-KCCI chief Zubair Motiwal said that his demise has created a wide gap in the leadership of the business community. “He always spoke the truth without considering the consequences.”

“I frequently interacted with him on issues facing Karachi’s business community and learned from his valuable experiences and advice,” said Azhar.

Im deeply saddened to hear of the death of Siraj Qasim Teli sahib. I frequently interacted with him on issues facing Karachi’s business community and learnt from his valuable experiences and advise.