Shooting ourselves in the foot 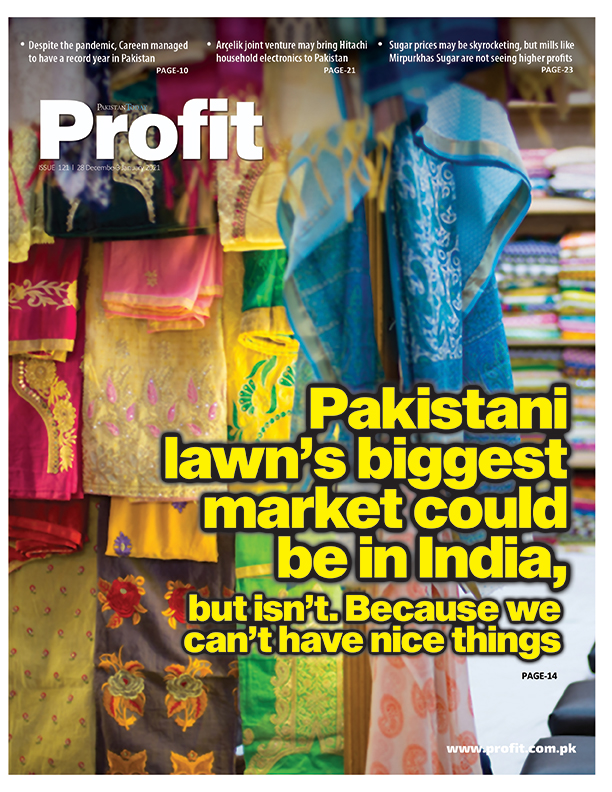 Let us start out by stating the painfully obvious: there is absolutely no scenario in which Pakistan becomes a developed country, or even a middle-income country without a significant opening of trade ties with India. It is simply impossible. Why do we bring this up? Because our cover story this week is the perfect illustration of just how short-sighted it is for Pakistan to ignore the potential from trade with India: Pakistani lawn apparel is popular in India, with some Pakistani designers even making a name for themselves in the Indian market, and yet a paltry proportion of Pakistan’s total textile exports go to India.

The government is very fond of talking about trying to increase Pakistan’s export base and is willing to bend over backwards to try to accommodate textile exporters in particular. Yet we are trying to get Pakistani textile companies to manufacture jeans for German women, and towels for American households, and somehow manage to completely ignore the fact that tens of millions of Indian women would love to wear Pakistani shalwar qameez if it was available at an affordable price in their local stores.

Which market do you think is easier for a Pakistani manufacturer to cater to: German teenagers, suburban Americans, or Indian women?

We understand that the politics of doing business with India has become more difficult in recent years, but to ignore the potential of trade with India while obsessing over dwindling exports is an exercise in lunacy. At the expense of shoving too many metaphors into one editorial, we are avoiding the elephant next door, all out of some misplaced sense of pride.

To be clear, we are not advocating that Pakistan abandon its foreign policy goals. It is not for us to comment on what Pakistan’s policy on Kashmir should be, except that it should not involve violence of any kind. But we do believe that the government should adopt an attitude of “we can talk and chew gum at the same time” with respect to relations with India: even as we continue to press our case on political disputes, we can continue to advance on a trade policy that will only benefit Pakistani businesses and consumers, and is the only guarantee of Pakistani prosperity in the long run.