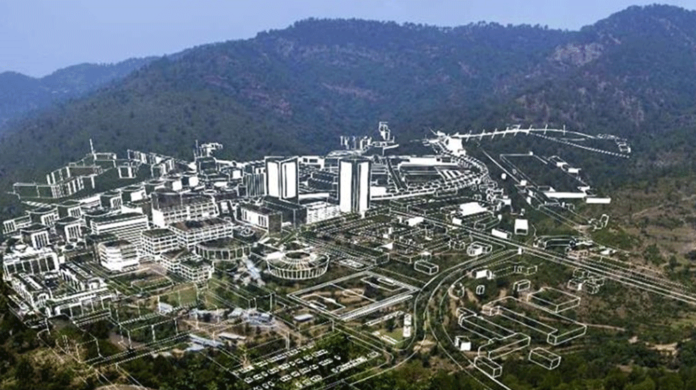 PESHAWAR: The Khyber Pakhtunkhwa (KP) cabinet on Monday approved a revised industrial policy for industrial development, which it said would empower the province through balanced and sustainable industrial growth by capitalising on indigenous endowment, leading towards equitable distribution of socio-economic dividends, job creation and inclusive economic growth.
The meeting was chaired by Chief Minister (CM) Mahmood Khan, while the announcement was made by Special Assistant for Information Kamran Khan Bangash, Advisor to Chief Minister on Science and Technology Ziaullah Bangash and Special Assistant Abdul Karim during a press conference after the meeting.
According to the new policy, all stakeholders would be provided with facilities through one window operation while local and foreign investors would be supported by a conducive environment to conduct business.
The ministers called on all stakeholders to invest in the province for the development of industries and take full advantage of investment opportunities in the context of the China-Pakistan Economic Corridor (CPEC).
They informed that the Cabinet has also ordered the large-scale transfer of patwaris.
Ziaullah Bangash informed that the cabinet meeting approved a supplementary grant of Rs268 million for the Khyber Pakhtunkhwa Information Technology Board (KPITB).
Speaking about the meeting, the ministers said that the deadline for all ADP schemes ended in December and a review of the projects will be carried out in January. Strict action will be taken against departments that did not complete uplift schemes.
Moreover, amendments in the Plastic Products Rules, 2017 were approved. The amendments are aimed at enacting effective legislation to curb the use of polythene bags whereas the Cabinet also approved the issuance of a draft notification in this regard.
- Advertisement -
Facebook
Twitter
Linkedin
WhatsApp
Email
Previous articleOil rises to touch $52 after Trump signs aid bill
Next articleECC allows relending foreign loans on same terms as borrowed