Free WiFi facility remains functional, to be expanded to all Punjab districts: PITB 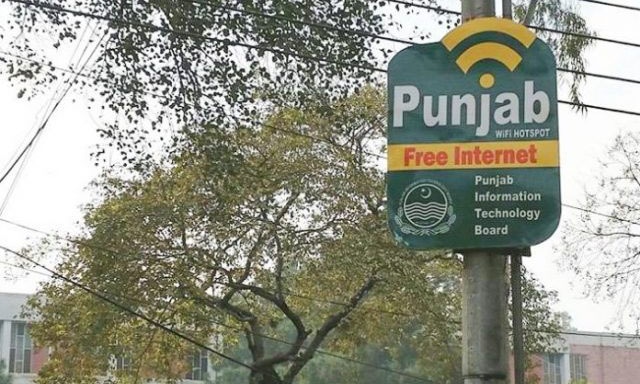 LAHORE: The facility of free WiFi remains active and functional at all public places in the province, Punjab Information Technology Board (PITB) Chairman Azfar Manzoor stated on Monday.

“Punjab government is fully committed to the provision of free WiFi to the citizens and will expand the facility to the entire province as part of the Digital Punjab vision,” said the PITB chairman. “The facility is currently available at public buildings, hospitals, education institutes, parks, government offices, and markets etc.,” he claimed.

On Saturday, it had emerged that the Pakistan Tehreek-e-Insaf (PTI) government had shut down free WiFi service in Punjab, including in provincial capital, after heavy annual losses.

PITB had been providing free internet service at public places for the past several years. The project was started by the Pakistan Muslim League-Nawaz (PML-N) government in 2017, providing the facility at over 200 WiFi hotspots in Lahore, Multan and Rawalpindi. It covered public places, including railway and metro stations, airports, colleges and universities.

A local media outlet had reported that the project was costing Rs195 million annually, causing a heavy dent to the provincial exchequer.

In January 2019, the project was suspended due to non-payment of dues to Pakistan Telecommunication Company Limited (PTCL). However, the service was restored later following public backlash.

The closure of the project was affecting a large number of students as well as many other common citizens of the province.

PITB officials said that the project was scrapped last year and now the board, in collaboration with the Punjab government, was considering various proposals to provide a sustainable WiFi facility to the citizens.

PESHAWAR: The Northern Bypass Project in Peshawar is facing further delay due to diversion of funds and non-utilization of allocated resources. For the past three years,...
Read more
GOVERNANCE

ISLAMABAD: The Federal Board of Revenue (FBR) on Friday signed a $120 million contract for track & trace system with AJCL Consortium. According to officials, a...
Read more
- Advertisement -