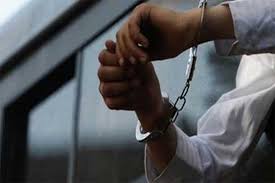 KARACHI: Karachi police on Saturday arrested a man masquerading himself as an officer of a secret agency and his two accomplices.

Police said a raid on a tip-off was conducted against the suspect accused of collecting protection money from the local citizens.

During the raid, officials from Sachal police station arrested the accused and recovered forged identity cards and stamps.

It emerged that the accused operate a gutka manufacturing unit.