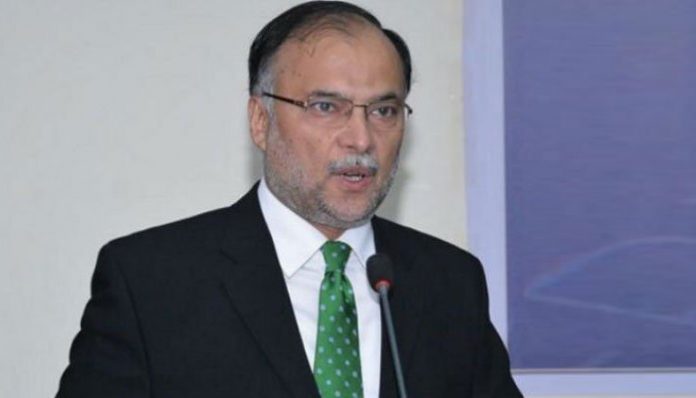 ISLAMABAD: A day after Adviser to Prime Minister on Accountability and Interior Shahzad Akbar accused the Sharif family of attempting to “spin” the High Court of Justice, London judgment in the Broadsheet LLC case in its favour, Pakistan Muslim League-Nawaz (PML-N) leader Ahsan Iqbal on Tuesday termed the statement as a pack of lies.

Talking to the media, the former minister said that cheap tactics cannot pressurise the party. It is the need of the hour to get rid of incompetent rulers, he declared while questioning Prime Minister Imran Khan as to who is responsible for the fragile state of the national economy.

Iqbal said character assassination is done by imprisoning them. I was accused of committing corruption [in Narowal sports complex case] worth Rs70 billion one and a half years ago, and the authorities are still unable to form a joint investigation team (JIT) in the matter, he said.

Iqbal further said that the M-5 highway between Multan and Sukkur was constructed by China, not Pakistan, and the incumbent ministers are leveling allegations of corruption on our friend country to sabotage the relations.