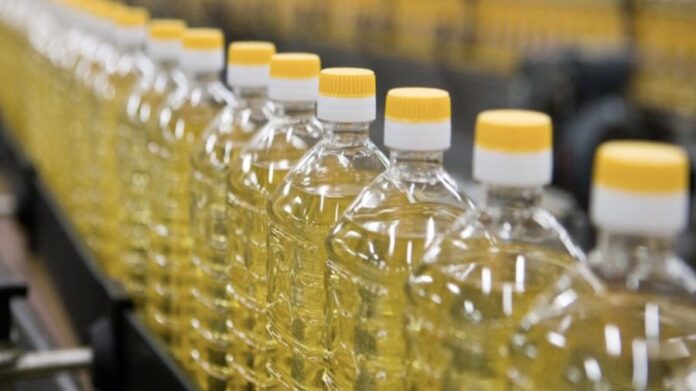 ISLAMABAD: The prices of edible oil, another largely consumed kitchen item, are likely to increase due to shortage of supply from importing countries.

According to Pakistan Vanaspati Manufacturers Association (PVMA), a sharp increase in the demand of Malaysian and Singaporean palm oil has caused a jump in international prices of the commodity, which would ultimately impact Pakistan, as the country meets 90pc of its edible oil requirements through imports.

In order to avoid a further increase in the price of vegetable oil and ghee, the association has suggested the government to revisit its duty structure on import of edible oil.

PVMA Chairman Sheikh Abdul Waheed feared that in case the government avoids immediate intervention, the price of the largely consumed kitchen item may go up significantly in the next couple of months, especially during the holy month of Ramzan.

According to sources, a meeting is expected to be held in coming days between Industries and Production Minister Hamamd Azhar and the PVMA to devise a strategy for a short-term solution to the issue.

The PVMA on Wednesday forwarded a presentation to the Ministry of Industries, highlighting duties and taxes on palm oil at the Singapore market rate of $1,020 per tonne (as on January 13).

“An amount of Rs7,692 per tonne is being charged as fixed customs duty, besides additional customs duty of 2pc, Pakistan Oilseed Development Board (PODB) cess of Rs50, federal excise duty at 17pc and withholding tax at two per cent.”

“We have informed the authorities that the next palm oil harvest in Malaysia and Indonesia will be in March and April; therefore, palm and palmolein oil supplies will improve after mid-March,” the PVMA chairman said, adding that currently there was extreme shortage of palm oil because of Covid-19 and political crises between Malaysia and India during 2020.

It may be noted that the Malaysian support to the Pakistani stance over Kashmir in late 2019 led to a massive decline in palm oil purchases by India in 2020. At the same time, severe threats of Covid-19 had reduced the harvesting of palm fruit during the year. After India taking a backfoot, the Chinese companies entered the palm oil processing market. However, India later resumed purchases from Malaysia and as demand was high from all sides, there was not stock left there.

According to PVMA, the prices of refined, bleached and deodorised (RBD) palm oil issued from Singapore was $787 per tonne at the start of 2020, which dropped to $512 per tonne during the first week of May 2020.

“But with supplies running short and demand remaining high, the rate jumped to $750 in the first week of November 2020 and then to $1,050 per tonne last week,” it added.