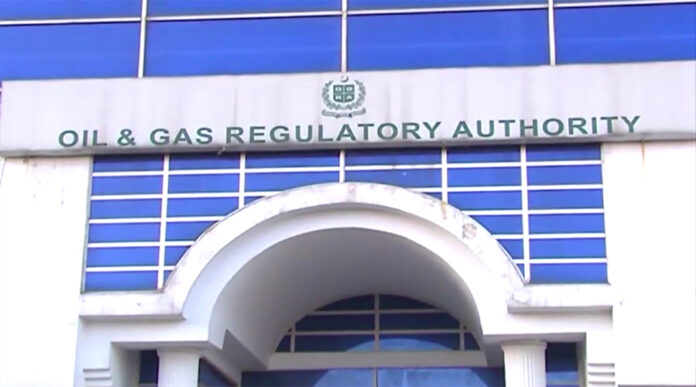 ISLAMABAD: The Member Finance of the Oil and Gas Regulatory Authority (OGRA), while submitting a reply to Petroleum Division “on the behalf of the authority”, has refused to support the use of flare gas in compressed natural gas/transport sector, it was learnt on Thursday.

According to sources, the Petroleum Division had sought OGRA’s opinion on the use of flare gas in the CNG/transport sector. Subsequently, on Jan 1st, OGRA Member Finance and Vice Chairman Noorul Haq forwarded the authority’s opinion on the matter without consulting OGRA’s Gas Department/Member Gas.

Although Haq’s reply to the Petroleum Division was signed by Joint Executive Director Hidayatullah, the same was kept secret from Member Oil as well as other officials of the gas department, they added.

“ORGA’s Member Finance, without consulting or getting approval from Member Gas/experts, declared his own opinion regarding use of flare gas as OGRA’s opinion, and forwarded the same to the Petroleum Division,” an insider stated. “It was mandatory for the Member Finance to consult OGRA’s Gas Department/Member Gas prior to submitting authority’s opinion to the Petroleum Division.”

Sources said that ORGA, in its opinion on the use of flare gas in CNG/transport sector, had contended that “no experiment in this matter is affordable”.

Furthermore, it added, supply of off-spec gas to CNG vehicle owners would result in serious safety repercussions beyond imagination and control.

- Advertisement -
Facebook
Twitter
Linkedin
WhatsApp
Email
Previous articleCovid-19 situation to decide schools’ reopening: Shafqat
Next article‘Why should we give you opinion when the issue is political in nature?’, SC tells AGP