Europe in battle to overcome economic lag vs US, Asia 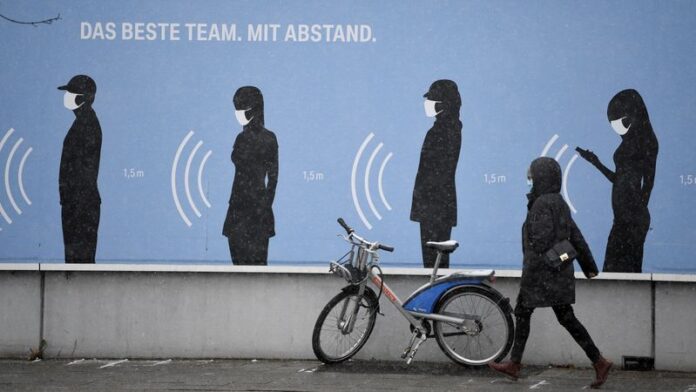 Europe’s slow vaccine roll-out means its economic recovery could lag behind upturns in the United States and Asia unless it can get the programme back on track in the weeks ahead.

The International Monetary Fund last month hailed the strong China rebound and forecast that the US and Japanese economies would return to pre-pandemic levels by the end of the year, but the euro zone won’t catch up until next year.

While President Joe Biden’s administration aims to provide even more stimulus in a $1.9 trillion US package, EU capitals are still negotiating which projects will get funding from a 750 billion-euro joint recovery fund.

“It remains a race between mutations of the virus and the vaccination, and euro zone countries are lagging on the vaccination process, that’s for sure,” said Sylvain Broyer, chief economist EMEA at S&P Global Ratings.

Existing lockdowns in many countries are set to last into March and beyond. A German survey on Thursday showed that companies in the zone’s biggest economy expect restrictions of some kind to be in place until mid-September.

Much of the concern lies with the EU vaccination programme, launched with much fanfare on Dec 27 but since struggling with slow rollouts and shortages of vaccine.

According to calculations by trade insurance group Euler Hermes, average daily vaccination rates across major EU economies stand at just 0.12pc of the population – four times lower than in Britain and the United States.

EU countries have so far given first doses to about 3pc of their populations, compared with 9pc for the United States and 14pc for Britain, according to Our World in Data.

Euler Hermes estimated that represented a five-week lag on the vaccination front. If left uncorrected, that would cost close to 90 billion euros in output this year, equivalent to two percentage points of lost quarterly GDP growth.

“Economies that finish the race first will be rewarded with strong positive multiplier effects supercharging consumption and investment activity in H2 2021, whereas vaccination laggards will remain stuck in crisis mode and face substantial costs – economic as well as political,” it said in a note.

If Europe’s recovery is slow in coming, the risk is that it suffers more so-called “scarring”, or longer-term damage to its economy. A big concern is long-term and youth unemployment, which has only started improving in recent years after the 2008/09 financial crisis.

Bruegel estimates unemployment in EU countries for workers aged 15-24 increased in the second quarter of 2020 to 16.4pc from 14.9pc in the same period a year before. Unemployment among those aged 55-64 even fell slightly to 4.8pc from 5.1pc a year earlier.