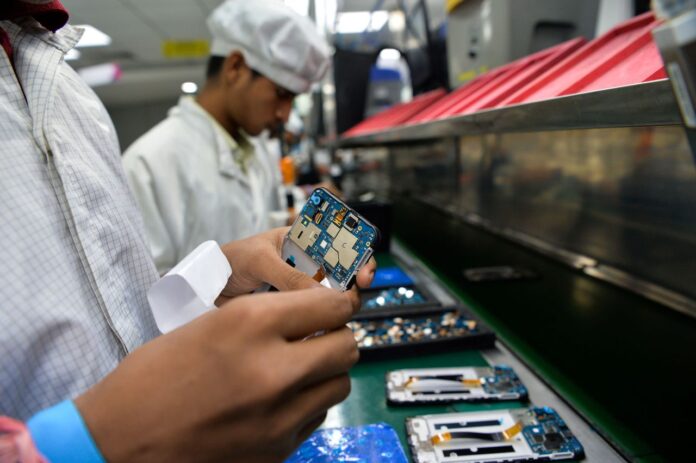 ISLAMABAD: As the government has introduced tax incentives for assembling/manufacturing of mobile phones through the recently issued presidential order, at least three new mobile phone companies have shown interest in setting up their plants in Pakistan.

The government had recently promulgated an ordinance abolishing withholding tax on locally manufactured mobile sets. The step was taken to encourage the assembling and manufacturing of mobile phone parts in the country.

“Three new entrants have submitted applications for establishment of manufacturing units in the country,” said an official of the Engineering Development Board (EDB), which is an attached department of the Ministry of Industries and Production. “Vivo plans to setup its unit in Faisalabad; Airlink has applied for a unit in Lahore; whereas Advance Telecom wants to establish one in Karachi.”

He said that EDB was the policy secretariat for the manufacturing of mobile sets in the country, adding that tax incentives introduced in the ordinance were originally proposed by EDB after due deliberations.

Meanwhile, investors have lauded the government’s move for abolishment of WHT, as imported sets were cheaper than locally assembled sets under the previous tax regime.

“Now after tax relaxations, there is a difference of around Rs1,900 per $100 devise between a locally assembled phone and an imported set,” said Amir Allahwala, chief executive of a company manufacturing Infinix and Techno mobile sets.

According to market sources, although the manufacturing/assembly of mobile phones has already started in the country, new tax incentives and subsequent new entrants in the sector would create a healthy competition in the market.

The Ministry of Industries and Production, being the policymaking authority, would facilitate the new entrants, whereas Pakistan Telecommunication Authority (PTA), being the regulator, would supervise implementation of the mobile phone manufacturing policy, they added.

However, EDB contested that details related to establishment of a production unit fell under the ministry and not PTA.

Market sources believe that in case of confusion and clashes between EDB and PTA regarding the regulation and policy on mobile phones, investors may face problems at approval stage.