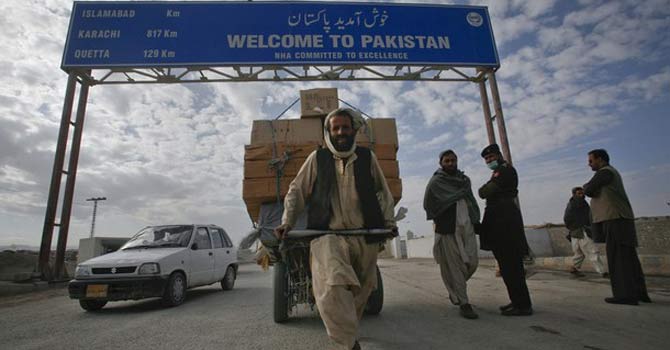 PESHAWAR: Pakistan is no longer the leading country in terms of trade with Afghanistan as bilateral trade has declined drastically over the last several years because of restrictions and hurdles on border crossing points on both sides.

According to details, the volume of Afghan trade through Pakistan has declined by more than 50 per cent from $2.5 billion to $1bn.

In this regard, Pak-Afghan Joint Chamber (PAJC) former senior vice president, Zia-ul-Haq Sarhadi, said that the Torkham border crossing was opened 24 hours a day from 2019 to promote Pak-Afghanistan bilateral trade but despite this, no significant progress has been made in bilateral trade.

Sarhadi said in the last 10 years, 832,000 containers of Afghan transit trade worth $33 billion passed through Pakistan, meaning a 30pc reduction in transit trade as it shifted to Iran, Uzbekistan and Tajikistan.

For years, Afghan traders are demanding that the process of clearing the Karachi port should be expedited. “The volume of trade annual shipments from Karachi to Afghanistan can be increased to 75,000 containers while the volume of bilateral trade can rise to Rs5 billion if their request is accepted,” Sarhadi said.

It should be noted that the Pak-Afghan Transit Trade Agreement, 2010 expired on February 11.

It may also be noted that Afghanistan wishes to access India via the Wagah border while Pakistan’s principled position in this regard is that the trade corridor agreement between Islamabad and Kabul is not tripartite but bilateral due to which Pakistan cannot facilitate bilateral trade to Afghanistan via Wagah in view of often tense and strained relations with New Delhi.

On the other hand, Pakistan wants free trade with the Central Asian Republics (CARs) through Afghanistan but no agreement has been reached so far.