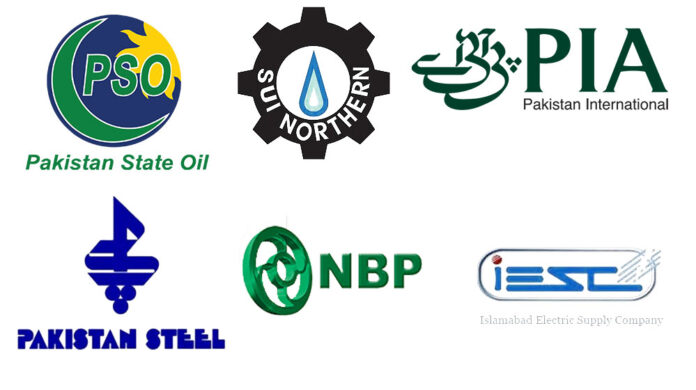 ISLAMABAD: The government has decided to conduct a forensic audit of loss-making State-Owned Enterprises (SOEs) for the last ten years, setting a deadline of June 30 for the task.

According to sources, enterprises that will undergo a forensic audit include the Pakistan Railways (PR), Pakistan International Airlines (PIA), Sui Southern, Peshawar Electric Supply Company (PESCO) and Northern Power Generation Company, Pakistan Post, and electricity supply companies (DISCOs) of Quetta, Hyderabad, Lahore and Sukkur as 33 out of a total of 85 SOEs were contributing to major losses.

The Cabinet Committee on State-Owned Enterprises (CCoSOEs) has directed the Ministry of Finance to engage the reputable audit firms for the forensic audit of the entities including Pakistan Post Office, QESCO, HESCO, LESCO and SEPCO.

So far, five audit firms including KPMG Taseer Hadi & Co., Ernst & Young Ford Rhodes, Deloitte Yousuf Adil & Co., BDO Ebrahim & Co., Grant Thornton Anjum Rahman, have been consulted on the matter, while A.F. Ferguson, despite being sent an invite, did not appear in the meeting called for consultation.

After consulting leading audit firms to discuss the scope and ToRs, at present ToRs have been improved  and refined, while the finance division is in process of obtaining approval of CCoSoEs on revised ToRs,

A tender will be floated as per Public Procurement Regulatory Authority (PPRA) rules within 14 days after the approval of the Cabinet committee.

Profit also leant from sources that some Cabinet members had expressed concerns over the inordinate delay in the start of a forensic audit of SOEs, which the government had decided to carry out last year in October.

They were informed by the Finance Ministry that audit firms were initially reluctant to conduct an audit of state-owned enterprises and agreed to do so very recently.

It may be noted here that Prime Minister (PM) Imran Khan has urged that the exercise be completed at the earliest to expedite the process of bringing reforms in SOEs.