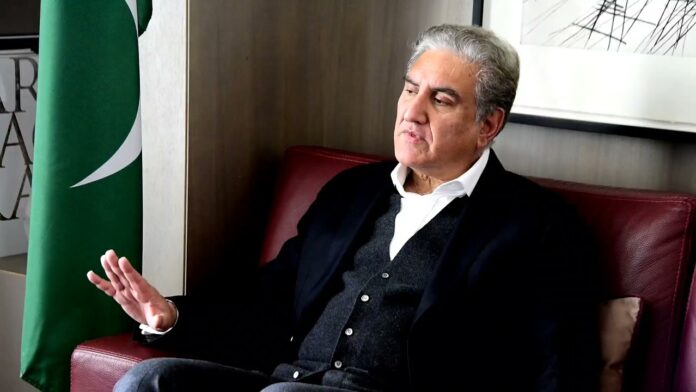 While talking to the media the German capital on Tuesday, he said Pakistan and Germany had high prospects of cooperation in trade and investment and expressed confidence that the new consulate would speed up development in this regard.

Qureshi said a consul general would be appointed at the Munich mission to supplement the diplomatic efforts of embassy in Berlin, adding that Pakistan was committed to work out the Strategic Engagement Plan (SEP) of Europe.

He said Pakistan could explore cooperation with Germany particularly in areas of information technology, solar energy and electric vehicles.

He expressed satisfaction that around 5,000 Pakistani students were currently studying at various educational institutions in Germany, adding that nation’s visionary poet Allama Muhammad Iqbal also studied at an institute in Munich.

Qureshi said efforts would be made to expand the scope of cooperation in education sector by engaging Higher Education Commission (HEC) so that Germany could become a top destination for Pakistani students.

In a meeting with a representative delegation of the Pakistani diaspora in Germany later in the day, he said the government was making serious efforts to give the right of vote to the Pakistanis living abroad.

He said the option of electronic voting was under consideration to facilitate the expatriates.

Qureshi also acknowledged the services of the Pakistani community, terming it an important linkage for strengthening bilateral relations between the two countries.
He mentioned that the government had launched the Roshan Digital Pakistan project for easy transfer of money through legal means.

He inaugurated a Football Enclave at the embassy, marking the export of 50 million footballs from Pakistan to Germany annually.

Qureshi also approved appointment of an ‘Arzi Nawees’ at the embassy to aid with online application forms for those in need free of charge.