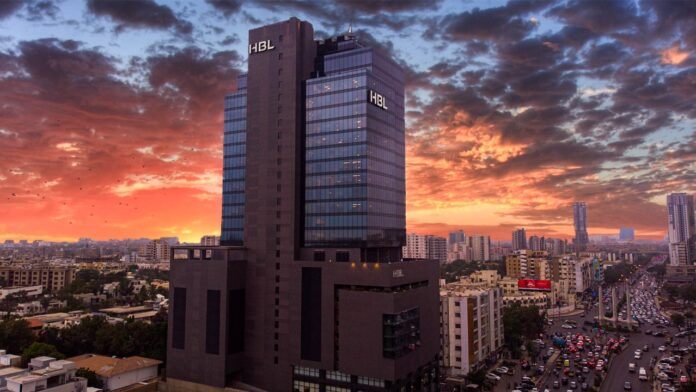 KARACHI: Habib Bank Limited (HBL) on Tuesday declared a consolidated profit before tax of Rs14.5 billion for the quarter ended March 31, more than double that for the same period last year.

The bank’s total deposit base closed at Rs2.8 trillion, with robust CA and CASA ratios of 35.1pc and 83.1pc respectively. Average domestic deposits increased by a multi-year high of nearly 20pc over Q1FY20, with average current accounts rising by more than Rs120 billion. This led to a nearly Rs500 billion expansion in the bank’s average balance sheet in Q1FY21. Consequently, despite a much lower interest rate environment, net interest income rose to Rs32.5 billion, a 16pc growth over Q1FY20.

Expenses remain well contained despite the bank’s continued investments in people and technology. The bank reduced its administrative expenses by 7pc over Q1FY20 as the cost to income ratio, excluding capital gains, improved to 58.4pc in Q1FY21 from 81.4pc in Q1FY20. Total NPLs of the bank declined by Rs0.7 billion over Dec 2020, with the infection ratio remaining stable at a record low of 6.3pc. The bank’s total coverage improved to over 100pc, with the specific coverage at 86pc.

Commenting on the bank’s performance, HBL President and CEO Muhammad Aurangzeb said, “The bank’s growth momentum continues in the new year with all activity drivers showing an upward trajectory. The growth was broad-based across all business lines, with strong performance from the deposits, cards, trade and consumer finance businesses. The revenue growth was ably supported by a more stringent operating cost regime. Q1FY21 saw the landmark opening of HBL’s Beijing branch in China. Continuing with our response to the challenge of the pandemic, with the strong support of the Board, HBL arranged to make available Covid-19 vaccines to all staff working at the bank, adding to its industry-leading benefits for its employees.”

Under HBL Pay, all onboarding and payment solutions for businesses were consolidated under a single platform. In Q1FY21, the bank launched a cognitive robotics initiative for internal process digitisation, to complement the digital initiatives being undertaken for customer channels. HBL continues to be the only bank in Pakistan enabling its customers to avail both a credit card and personal loan through its app.

In Q1FY21 the bank successfully launched a refreshed website. The new easy-to-navigate UI and UX helps customers find products and services best suited to their needs and enjoy a seamless banking experience.

Through the Roshan Digital Account (RDA), a special investment account created for overseas Pakistanis, since its launch over 21,000 Pakistanis from 130 countries have set up RDA accounts and remitted more than $130 million in a short span of three months.

HBL maintained its position as the lead private sector financier of the agriculture sector, with a 30pc market share. The bank’s Development Finance Group (DFG) has successfully launched pilots on major food crops involving optimised agronomy advisory for each farmer by agronomists employed by HBL.

HBL continues to retain its leadership position in the corporate and investment banking space in Pakistan. In Q1FY21 the Bank successfully concluded several transactions across various sectors including oil and gas, real estate and renewable power generation, maintaining momentum by securing several advisory and arrangement mandates.

HBL maintains its lead in the market in adopting environmental, social and governance (ESG) principles.

During Q1FY21 HBL successfully completed a series of modules on Social Risk Management (SRM) led by CDC UK under its capacity building initiative. The bank has also initiated a phase wise roll out of its SEMS Policy across its international network.

In Q1 2021, HBL extended its international footprint by becoming the first Pakistani bank to open a branch in Beijing, China. HBL Beijing has become HBL’s second branch and its managing branch in China; both branches in Beijing and Urumqi are equipped with foreign exchange and RMB license to better facilitate customers’ requirements in multiple currencies.