The fault in our auditing environment 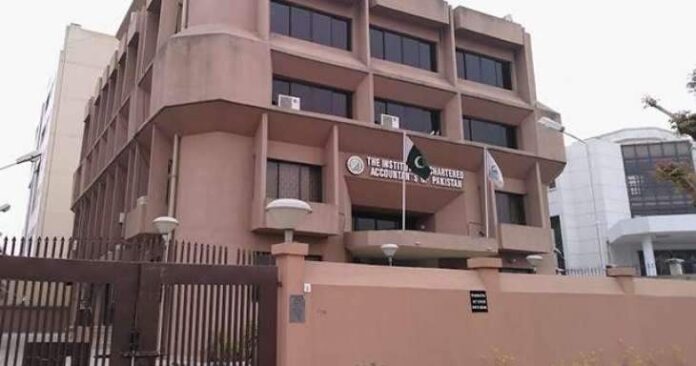 Editor’s note: The author of this article is an auditing professional with years of experience and is still working in the industry. They have chosen to remain anonymous out of fear of professional repercussions.

Lately there has been a lot of talk among people, both in Pakistan and abroad, about the role of auditing firms. In Pakistan, more often than not, cases of money laundering, tax evasion, and falsified accounts have come to light (most recently the case on the listed sugar sector) that have either implicated auditing firms or auditing firms doubt the honesty of Pakistani companies.

With all this going on, I would like to offer a personal view based on years of being part of the auditing industry, to shed light on how most audit firms operate in Pakistan and what needs to change.

In Pakistan, ICAP is also responsible for adopting and issuing auditing standards. Under the Companies Act of 2017, accounting standards fall under the domain of the Securities and Exchange Commission of Pakistan (SECP), but the SECP decided to delegate this responsibility to the Institute of Chartered Accountants of Pakistan (ICAP). Similarly, insurance companies and banks are required to follow financial reporting standards issued by ICAP. In 2016, an independent Audit Oversight Board (AOB) with the responsibility to regulate the auditing profession in Pakistan. Only members of ICAP are permitted to audit the financial statements of all companies, except for private limited companies with paid up capital below 10 million rupees.

What I realised during my time working at these firms is that most of these audit firms are only interested in making money. There is no focus on client satisfaction or employee development or research & development. The people running these companies know that their clients will always need an audit and that the demand for their services will never die. It is a widely known but unreported fact that audit points are compromised in management and board letters for renewal of contract and substantial increase in fees. This was also disclosed by a former managing partner of EY Ford Rhodes & Sidat Hyder, and Basheer Juma in a LinkedIn post.

It is also pertinent to note that ICAP has also set out minimum audit fees. With employees and trainees being paid peanuts (below minimum wage rate) in these firms, it shouldn’t be difficult to analyse how high the profit margins for these firms can be. After all, most of the field work is carried out by fresh trainees, who have little to no experience of auditing or business environments. Ironically, these audit firms do not need to carry out an audit of their own financials so no one finds out how much they earn.

There is also a culture of discrimination within our audit firms that inhibits innovation. If you are not a CA (ICAP) or following that particular route, you are considered “inferior”. Members of other accountancy bodies (ACCA, CA (ICAEW), CPA, ICMA) are constantly discriminated against. These members are not given promotions, job interviews, or competitive salaries. A couple of years ago, they tried to banish ACCA trainee students from audit firms fearing that they would perform well and get ahead of them in the corporate world. Trying to keep and sustain a monopoly has, in my view, rendered the institute weak.

Recently, I was listening to an interview of a senior VP of ICAP, who boasted about the success of ICAP members with many auditing firms working globally. There is no denying the fact that  ICAP members are competent. But there is another side to this story. Most ICAP members have attained memberships of other accountancy bodies, which could have been more instrumental in their professional success. Even Fellow ICAP members are known to chase foreign body memberships. How many foreigners would like to have ICAP membership?

It is also very hard to believe that to this date only somewhere around twelve thousand five hundred (12,500) candidates have been able to pass the chartered accountancy examination. Agreed, the exams may be hard, but this number is an anomaly compared to other professional accountancy bodies that are more respected and known for their integrity. Moreover, despite the fact that SECP regulations inherently promote accountants for the positions of CFOs/Company Secretary/Internal Audit, we can see more and more graduates undertaking this role in MNCs, where growth opportunities are fairer and done on merit. Most ICAP members happen to work in local companies. This is the reality, no matter what the institute tries to market.

The world has moved on from manual audits to digital audits. Audit firms, especially the big 4 firms here and in the UK/US, have started to take tech professionals on-board to help execute audit engagements. System audits are becoming the norm through promoting the adoption of ERP solutions, but in Pakistan the surprising thing is that even with the implementation of ERPs, digital audits are not the norm. While the world earns from tech, we simply avoid it because the top brass of the industry does not want to shake the boat and break their lazy lull.

Pakistan is now the largest country by population – and the only one among the biggest ten countries in the world by population – to not have all Big Four accounting firms present inside the country. There are economies in other parts of the world that are one-hundredth the size of Pakistan that still have all the Big Four firms supporting their corporate sector. In Pakistan, almost all partners of Big 4 firms are ICAP members for all service lines, a sharp contrast to global profile, as highlighted recently on twitter by a banker. Maybe SECP needs to break its silence and review its regulations to allow foreigners to come and share their experience.

One good thing ICAP has tried is getting university graduates to pursue the CA qualification. I have been told that this has been met with moderate success. However, I have heard more stories of people dropping out of CA programs than of people getting in. The problem in this approach is that ICAP wants to introduce tech to CA members. The approach should be different. Tech graduates should be introduced to CA. We need to follow the CPA model carried out here which has been a tremendous success. Very few graduates would be willing to spend another three years in training for low remuneration and give additional eight exams. They therefore prefer to go after other certifications.

The public has lost trust in auditors.  If Pakistan needs to regain investment trust, it needs to tackle these challenges and make bold decisions. Change will be difficult, and the silence of governmental agencies along with ICAP members being in influential positions means that any change will be rejected. I find it difficult to comprehend how ICAP plays a dual role of both an institute and regulatory body – clearly a conflict of interest.

The members would always promote their own self interest – normal human psyche (reference regulatory capture theory). If the government really wants to change, it has to start from the very basic and decide one thing – what is the role ICAP has to play in society? Does it act as a regulator or an institute, because clearly functioning as both is a major conflict of interest. Should there be an open competition between different accounting bodies in the field of audit to promote innovation? Maybe we might see some expats come back and serve Pakistan. The government must act. I hope and pray that it does.

The author is an auditing professional.