With $6.7mn in seed round and $9mn in total funding, the B2B marketplace is gunning to digitise mom-and-pop stores in Pakistan, and Saudi Arabia

LAHORE: B2B e-commerce marketplace Retailo Thursday announced raising $6.7 million in what the company claimed was the largest seed round for a Saudi Arabia-based startup.

Largest or not, the round is undoubtedly indicative of how rapidly the B2B e-commerce is heating up. At least four not-so-old B2B marketplaces are contending to digitise neighborhood convenience stores in Pakistan. Bazaar and Jugnu are trying their luck from their offices in Karachi, whereas Dastgyr and Tajir are sporting in Lahore.

Then we have Retailo, digitising mom-and-pop stores in Pakistan from their office in Karachi, and Saudi Arabia from their head office in Riyadh.

The round was led by UAE’s Shorooq Partners that earlier led Retailo’s pre-seed round as well. Shorooq Partners has also invested in mass transit and logistics startup Airlift. Besides Shorooq, the round was co-led by UK’s Abercross Holdings, which is backed by Saudi family offices. Other investors that joined the round include Silicon Valley’s AgFunder and Kuwaiti Arzan Venture Capital.

Along with institutional investors, key individual investors also include Junaid Iqbal, former MD of Careem Saudi Arabia and Pakistan who also serves as an advisor to the Retailo team.

In just a few months, the company has already expanded to two key markets, Pakistan and Saudi Arabia, and is set to become a major regional player in the B2B e-commerce space of MENAP. Today, Retailo claims to serve tens of thousands of retailers, has thousands of SKUs in its portfolio, and a growing team of over 400.

With the new round, the startup is geared to grow in Pakistan and Saudi Arabia.

“With this investment, Retailo is geared for hyper-growth to rapidly build on what we have already achieved in a short time. The current round of $6.7 million will not only help us expand our existing verticals across MENAP but also build new, much-needed technology products for the highly underserved SME market and bring us closer to achieving our grand vision of unlocking the earning potential of 10 million SMEs,” said Talha Ansari, co-founder of Retailo.

“By making supply chains more efficient and empowering and unlocking the earning potential of 10 million SME retailers, Retailo aims to have an outsized impact on the economy of the entire region. Retailo’s mission is crystal clear: simplify retail by using cutting-edge technology and increasing access by making complex supply chains beautifully uncomplicated, streamlined and efficient,” a statement from the company read.

Why did Retailo raise a large amount?

A convenience store owner told Profit that he preferred to buy inventory for his store through online marketplaces instead of distributors now. This is simply a testament to the increasing adoption of these applications and this also underpins that since the market is responding positively, more funds are needed to grow. 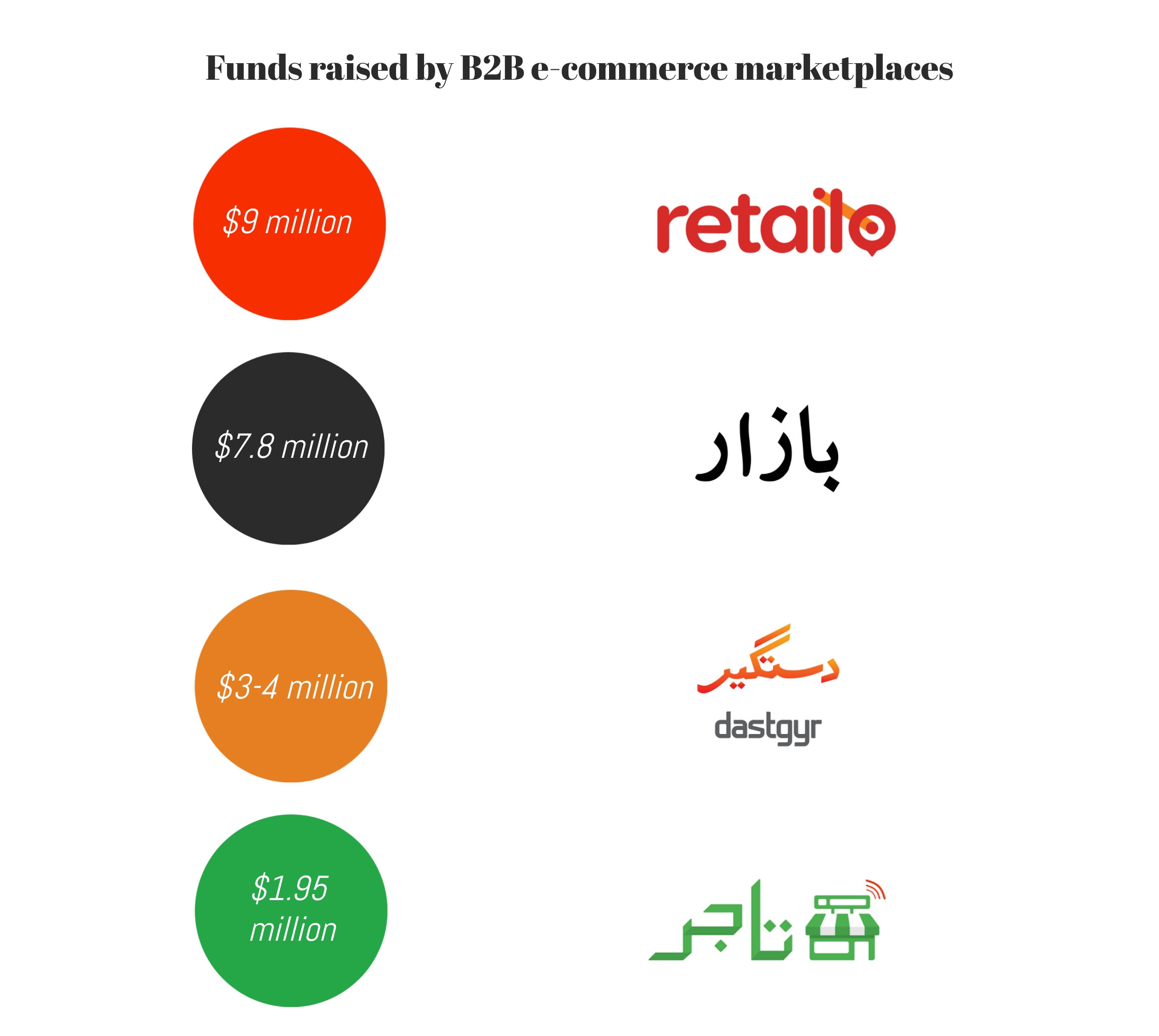 Applications like Retailo all have their unique propositions. For instance, Retailo offers a 24-hour delivery service and the number of SKUs (stock-keeping units) is 2,000. However, though store owners like the one we spoke to like these services, what they love are the discounts offered on these online applications. What the shop-owner further disclosed was that he would also regularly go to wholesale markets to buy goods whose prices are further discounted.

This makes one thing clear: as long as discounts are there, applications would remain attractive, and it also establishes that startups like Retailo require more money to offer these discounts on a continuous basis. So did Retailo raise a hefty amount to subsidize these transactions with retailers?

“No, we are not buying growth by burning capital. It is the opportunity size of the market that is large and what we want to capture,” he said.

“We have had some examples previously where investor money simply squandered. Now, the investors have also learnt. Lyft, WeWork and Deliveroo had bad listings. Now investors want to see the positives of investing. Revenue, at least, if not profits, and sooner than before,” says the spokesperson, adding further that unlike the times of Amazon that took decades to show a positive bottom line, investors want to see returns quickly.

Though Retailo started off with operations initially in Pakistan, it quickly moved to set up operations in Saudi Arabia. However, for expansion, Pakistan ranks above Saudi Arabia for Retailo.

According to the spokesperson, roughly 20% of Pakistan’s GDP comes from retail and that is essentially what the market size for the business is. The 20% statistic is also what the size of retail as a percentage of GDP in Middle Eastern countries, including Saudi Arabia. This is why Saudi Arabia is not an odd pick for a startup to expand.

And Saudi Arabia has similar fragmentation as Pakistan when it comes to mom-and-pop stores. More importantly, the pace of digitisation is picking up rapidly in line with Crown Prince Muhammad Bin Salman’s technological push in the country under Vision 2030. The hallmark of Muhammad Bin Salman’s vision, to diversify Saudi Arabia’s economy, is building a $500 billion futuristic Neom city, overloaded with technology.

“Because of the technological push, the government is quite encouraging in this regard and the incubation units are great. The investors are now realising this and are very enthusiastic about it. Contrary to popular opinion, Saudi Arabia is an interesting space and they are trying to directly compete with Dubai,” says the Retailo spokesperson.

For Retailo, when it comes to operations, Pakistan is currently bigger than Saudi Arabia, with a bigger team, more retailers on the platform, a greater number of brands onboarded in Pakistan, and more warehouses. But even with the smaller operations in Saudi Arabia, the lower rupee value against the Saudi riyal means that the exchange rate differential simply brings more revenue from Saudi Arabia.

So much so that the revenue for Retailo is almost neck-and-neck between the two countries.

As of 2019, Saudi Arabia had 95.7% of its population using the internet. Whereas in Pakistan, only 17% of the population were internet users in 2019. Though the qualitative trends are favorable in Saudi Arabia, because of the sheer number of people in Pakistan, the percentages stop making sense.

“If you look at the basic numbers, the people that have smartphones, internet, access to data and have awareness about usage, comes to 22 million people in Pakistan, which is only 13 million less than Saudi Arabia’s absolute population. So like that, the market size here is very big. But transaction-wise, you will see that Saudi Arabia’s transaction would remain more favorable. But the associated costs of that market are also higher than in Pakistan. For instance, salaries or rentals,” says the spokesperson from the startup.

“Even with a large population and a smattering of startups already digitising the space, there is still enough room in the market for even more players to enter and grow, without hurting anyone else’s share,” the spokesperson said.