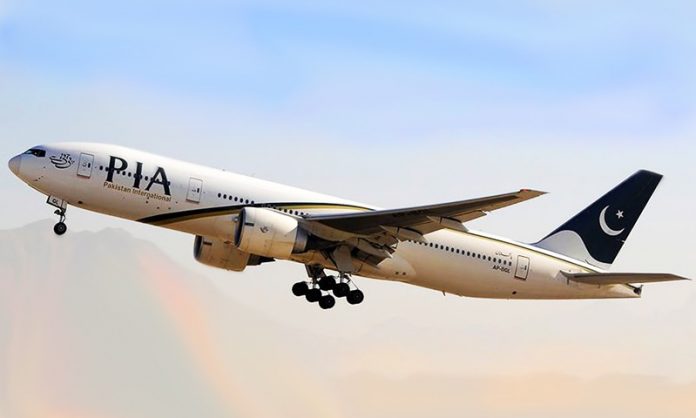 KARACHI: The Pakistan International Airlines (PIA) on Tuesday resumed flight operations for the Zhob district of Balochistan after a period of two years.

The people of Zhob and Quetta had been demanding for restarting of the flight for long.

Flight PK-528 departed from Karachi at 7:25 am and landed at Zhob Airport, while a return flight PK-529 also departed for Karachi.

Earlier, the flag carrier resumed its flight operation between Lahore and Islamabad — a route that was suspended for months due to the rising cases of coronavirus.

Flight PK-650 carrying 26 passengers took off from Allama Iqbal International Airport to Islamabad was welcomed by the station manager and staffers on arrival. A cake-cutting ceremony was also organised at the airport.

Meanwhile, it emerged that Civil Aviation Authority (CAA) will charge an additional Rs600 from customers on domestic flights.

Passengers will be charged a CAA fee of Rs600 at the time of booking a ticket, it was reported.

The airlines will collect the fees on tickets and submit them to the aviation authority.