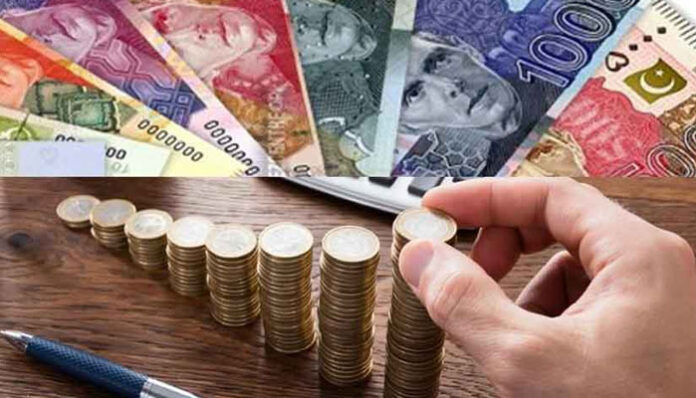 ISLAMABAD: The National Economic Council (NEC) which met here on Monday has approved the Gross Domestic Product (GDP) growth projections for the financial year 2021-22 (FY22), including the proposed growth target of 4.8 per cent  to be supported by Rs2.135 trillion consolidated development outlay — about 40pc higher than current year’s revised budget of Rs1.527tr.

The NEC, which met here with Prime Minister Imran Khan in the chair, approved the Macroeconomic Framework for Annual Plan 2021-22. Chief ministers of all the provinces and other members of the NEC participated in the meeting.

The meeting approved Rs2.1 trillion national development outlay, which is higher by Rs535 billion or one-third over this year’s original budget.

The four provinces will spend Rs1.235 trillion from their own resources while the federal government has allocated Rs900 billion for the federal Public Sector Development Programme (PSDP). The proposed federal PSDP is higher by Rs250 billion or 38pc over this year’s original budget of Rs650 billion.

The council was informed that the focus of PSDP will be on infrastructure improvement, water resources development, social sector improvement, regional equalisation, skill development, promotion of science and technology, and IT, as well as climate change mitigation measures.

The meeting was informed that the PSDP would cater to the government’s plans to increase focus on lagging areas and regions. For this purpose, sufficient allocations have been made for projects of South Balochistan, various districts of Sindh, and also Gilgit Baltistan (GB).

The cumulative ADPs of the four provinces was set at Rs1.235tr which is almost 41pc higher than current year’s revised estimates of Rs877bn. The provincial ADPs of Rs1.235tr also involve foreign exchange component of about Rs192bn. As such, the overall national development portfolio for next year is estimated at Rs2.135tr including a total foreign exchange component of Rs293bn.

The NEC was also informed that with the operationalisation of the Public Private Partnership Authority (P3A), a number of PPP projects are also being expeditiously processed for implementation. These include Sukur-Hyderabad Motorway and Sialkot-Kharian Motorway, which are at an advanced stage while other major projects such as Karachi Circular Railway (KCR), KPT-Pipri Freight Corridor, Kharian-Rawalpindi Motorway, Balkasar-Mianwali Road, Quetta-Karachi-Chaman Highway were also likely to be launched during the year.

Addressing the meeting, the prime minister emphasised on increasing the pace of implementation of development projects to ensure that the gains made through stabilisation of the economy could be translated into economic growth resulting in the well-being of the people.