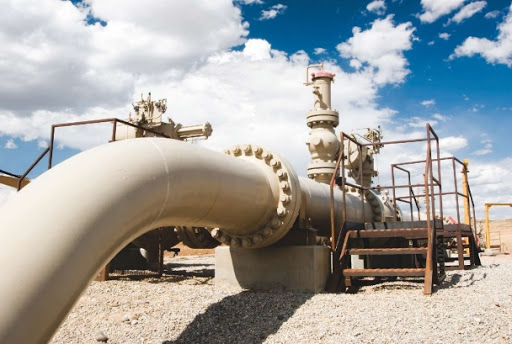 ISLAMABAD: The federal cabinet scheduled to meet on Tuesday is likely to ratify the Economic Coordination Committee’s (ECC) decision pertaining to allowing operational losses up to a maximum of 0.5 per cent for gasoline transportation through White Oil Pipeline (WOP) and Mahmoodkot-Faisalabad-Machike (MFM) pipelines through Inland Freight Equalisation Margin (IFEM).

On June 16, the ECC had approved the summary of Petroleum Division for allowing operational losses the transportation through the pipelines.

The meeting was informed that despite this allowance, the movement through pipeline would be 55 paisa per litre cheaper than transportation through tankers but the discount would be adjusted in the IFEM. The 0.5pc loss “will be adjusted against actual based on physical inventory of pipelines to be undertaken periodically”. The actual rate will be determined by Oil and Gas Regulatory Authority (OGRA) based on actual losses and excess margin would be brought before the ECC.

As per documents, currently, the entire up-country demand of diesel is being transported from Karachi to Lahore through the WOP and MFM pipelines.

Pak-Arab Pipelines Company Limited (PAPCO) and Pak-Arab Refinery Company Limited (PARCO), the pipeline operators, have been pursuing a project for converting the two pipelines from the present single product, diesel, to multiple products including diesel and gasoline, one with an investment of around $194 million.

Similarly, Oil Marketing Companies (OMCs) have also made significant capital investments in storage tanks and its associated facilities at various delivery points along the pipeline.

The two retail fuels namely gasoline and diesel are currently distributed through the length and breadth of the country by tank lorries exclusively.

Gasoline is a volatile product with a high evaporation rate, which results in significant working losses when handling the product. As such, the operational losses would be much higher in gasoline transportation as compared to diesel, due also to multiple handling of the product from ship to storage tanks, to pipeline then off take at Shikarpur, Mehmoodkot, Faisalabad, and Machike storages as well as Intermix handling and reprocessing.

The oil industry has stated that operational losses in pipeline transportation can neither be absorbed by OMCs nor by PAPCO/PARCO, out of their existing margins.

It has therefore been recommended that operational losses should be included in IFEM calculations.

Profit is also learnt from documents that primary movement of gasoline through a pipeline, after accounting for 0.5pc operational losses, would still result into a typical freight saving of Rs3.38 per litre on the  volumes to be moved in the main segment i.e. Karachi to Mehmoodkot near Multan.

The other ancillary benefits of this shift include road safety, environmental pollution, efficient transportation, less congestion and reduced wear and tear of highways, which are not so easily quantifiable, but are significant.

It is pertinent to mention here that there is no universal benchmark for operational loss tolerance in respect of gasoline transportation by pipelines and different percentage allowance have been witnessed in the international market.