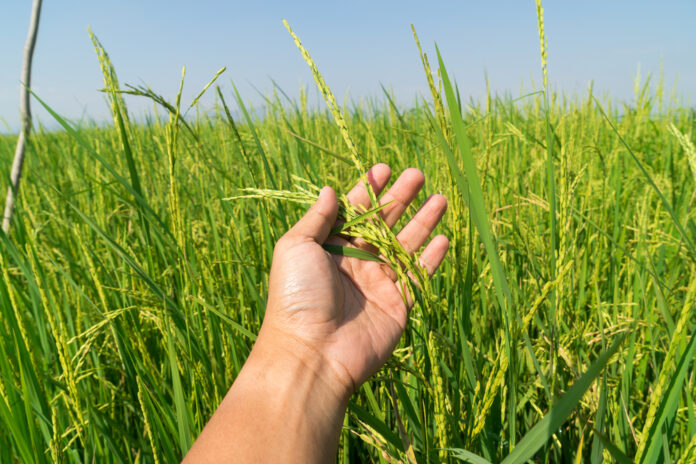 One of the key conversations taking place all the time in both political and academic circles about Pakistan’s economy is the question of food security. As an agrarian economy, Pakistan has long relied on the fact that it is capable of producing enough food to fulfill the caloric requirements of its own population, and then have enough leftover to be an exporter.

In reality, Pakistan has been a country with a serious food deficit problem for the last three to four decades. Despite the natural advantages that the country has in the shape of fertile land, access to fresh water, and a rich history of farming practices it has suffered in this regard mostly because of a lack of political will to improve and adapt agricultural practices with the times. Pakistan remains behind on value addition and storage, which means we waste a lot of produce and end up having to import food we could simply grow at home and actually even export.

Some of the problems behind why Pakistan has faced the kind of issues it has are well known. Farmers are not encouraged to use modern farming methods, they are not provided with better seeds that are resistant to disease, and they tend to focus more on cash crops and less on farming for subsistence since the demand for money and services is high. This often leads to there being food shortages in rural areas where the food is actually grown rather than in urban centers – perhaps one of the reasons why Pakistan’s food security risks stay out of the media and out of public discourse.

The problem is that whenever this topic comes up, the conversation surrounding it is boring because it has been done to death. Only last week the federal minister for food and agriculture, Fakhar Imam, said that he government is working to ensure availability of quality seeds, development of cold storage facilities and farm mechanisation to enhance per-acre output of major crops. “A lack of quality seeds, cold storage facilities, farm mechanisation, trained manpower, post-harvest management, processing industries, and digital agriculture platforms were the main hurdles in local agriculture development,” he said.

The only problem is that all of these talking points have been done to death. What the federal minister has said can be parroted by any ninth grader that has glanced over the geography section of their Pakistan Studies’ textbooks. Quality seeds, cold storage, value addition, mechanisation and all these other buzzwords are well and good as bullet points, but there is more nuance with regards to where Pakistan’s current situation lies and the options that the country has in the face of its challenges.

A discussion of great depth and insight on the topic took place at Karachi’s Institute of Business Administration (IBA) last week. IBA hosted a panel discussion of the Agri Webinar Series organized by Engro Fertilizers and the Pakistan Agricultural Coalition. The hybrid panel discussion had an audience attending in person in Karachi as well as a live stream link for those joining over the internet.

The session began with a candid conversation about the state of Pakistan’ agricultural economy, and the exact nature of the problem that the nation faces. “Our inflation levels have been at 11-12%, but throughout that period food prices have been at an inflation rate of 14-15% and that is not counting the fact at other points food inflation has been as high as 25% explained Dr Akbar Zaidi, Executive Director at IBA.

Zaidi claims that weak supply chain infrastructure, changes in demographics, currency devaluation and transition towards the market economy are some factors contributing to food inflation in Pakistan. Think of these three factors this way: if there are no storage facilities then the supply chain is incredibly weak, if people move from rural to urban areas then there are fewer people working on the land, and the pivot towards a market economy means farmers now need cash more than they do produce. This causes them to plant more cash crops that they can sell immediately and then buy other products. The problem with this is that since much of the other products are not being grown, they become more expensive and the farmers can no longer afford them.

“There is more demand in urban areas, so rural areas are beginning to supply more and thus face shortage and more expenses themselves. Most people in rural areas mostly want to sell more because they need more hard cash. The produce they used to keep themselves they now sell for cash,” he says. “Look at Punjab. It once provided food to the entire world; it was a famous breadbasket. Now we are a country that is importing food. And we are importing the same things we could grow ourselves.”

The rest of the panelists concurred with Dr Zaidi and expanded on the reasons behind Pakistan’s food security woes. “The Asian Development Bank has said that Pakistan produces 13 billion fruits and vegetables. Yet we don’t have space for more than 1 million cold storage. The world has moved on. It is not possible to have food security until we have harmony between rural and urban areas, and we know where we want to see the country in ten years,” said Syed Mehmood Shah of the Agri Board. He was also of the opinion that the impressions that growers make insane amounts of money must be dispelled as soon as possible.

“Pakistan should learn from global examples, such as Indonesia, to develop balanced agricultural policies that promote value-addition and exports to offset the import bill and ensure food security through staple crops,” said Imran Nasrullah, the CEO of Cargill Pakistan – a company that connects food deficit areas with food surplus areas. He added that the country has tremendous potential in exports of milk, rice and wheat through value-addition, and improvement in quality controls and logistics.

As Nasrullah explained, Pakistan’s problems are complex. It has the typical issues of inflation that most Asian and developing countries face. The commodity super cycle means that when there is a deficit in the supply chain, the deficit countries have to turn to the countries with a surplus and they are then even more disadvantaged economically than they were before.

The panel also offered a fascinating conversation on how exactly it was that Pakistan could get out of this –  and the only solution seems to be ending the structural issues plaguing the country’s agriculture.

Syed Mahmood Shah reiterated that basic infrastructural issues need to be fixed to enable the development of value-added exports and to enhance the country’s food security. “There is a dire need to replace ad-hoc policies with long-term solutions that promote farmer well-being, otherwise the growers will not prioritize crop yield and quality. Further, the government must provide credit facilities and ensure power supply to rural areas to integrate rural centers in the value chain through the development of processing units in those areas,” he said.

Meanwhile, Dr Zaidi was of the opinion that to manage the food inflation and food security challenge, there needs to be a greater focus on comprehensive planning and forecasting to accurately determine the supply-demand dynamics. “While strategic reserves are important, the basic challenge of maintaining those reserves by preventing pest infestation and spoilage would remain till investments are made in the supply chain and infrastructure,” he said.

Imran Nasrullah added that Pakistan has remained a food deficit country for the last few decades as systemic issues of yields and capacities are not being overcome. The plan presented by Nasrullah was a sensible one. It essentially said that we could also choose to focus on one product and become the go to producers and exporters of that product in the world. That way, even if we had to import food, we would be exporting enough of that one product to offset our exports and not be going down the path of financial ruin. Furter, all of the panelists said that it was essential, based on global learnings, that Pakistan should take urgent steps to promote women empowerment in cooperatives and farming to enable them to add greater value. 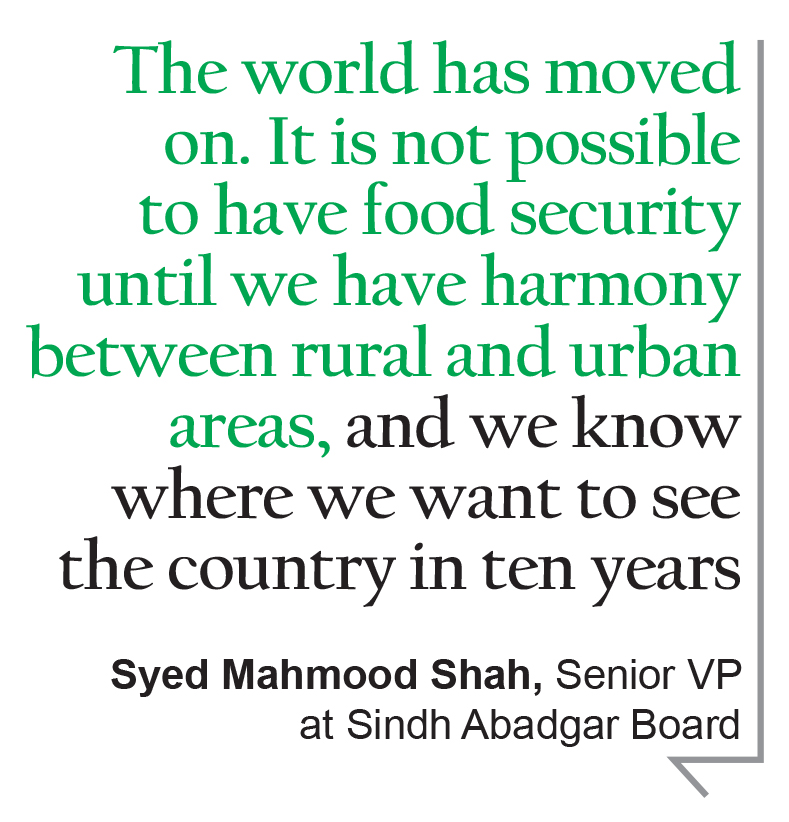 Meanwhile, highlighting the initiatives of the government to uplift the agriculture sector, Rashid Langrial shared that the government is seriously contemplating building strategic reserves of certain commodities to counter any price manipulation in the market. “The government is fully focused on the agriculture sector with its agricultural transformation plan to modernize the infrastructure, develop cold storages and commodity warehousing facilities, boost farm level productivity, and mechanization and research. With the launch of pilot projects, new export opportunities in the value-added sector, such as shrimp farming, are also being explored,” he said.