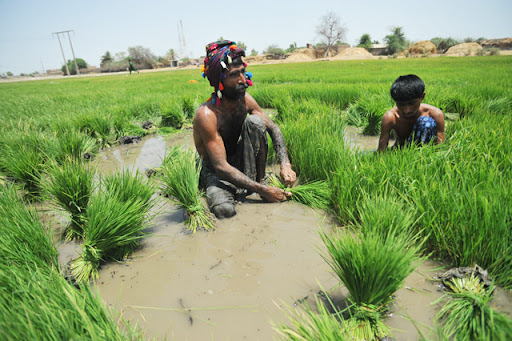 ISLAMABAD: In an attempt to increase agricultural productivity, the government has asked Food and Agriculture Organisation (FAO) of the United Nations to evaluate the current capacity of Pakistan Agricultural Research Council, the country’s main research and development agency for agriculture, and suggest the direction of a strategic planning.
The request to FAO was formally made by Minister for National Food Security and Research, Syed Fakhr Imam, during a meeting with the acting FAO Representative in Pakistan, Rebekah Bell, on Tuesday.
The government also requested FAO to carry out an assessment of the Pakistan Central Cotton Committee (PCCC) and suggest a restructured business plan so as to overcome the difficulties the country is facing in cotton production.
Fakhr Imam told the FAO representative that the assessment of the roles of PARC and PCCC were vital to develop an integrated strategic plan for next five years to enhance institutional relevance and effectiveness as FAO is a trusted strategic partner of the ministry of national food security.
It is crucial that the agricultural productivity in Pakistan is increased substantially in order to feed the growing population and address pressing challenges such as the adaptation to climate change and rising and volatile food prices.

Despite various policy reforms instituted over the past decade, Pakistan remains vulnerable to food insecurity, and agricultural R&D investment remains too low to address this challenge.