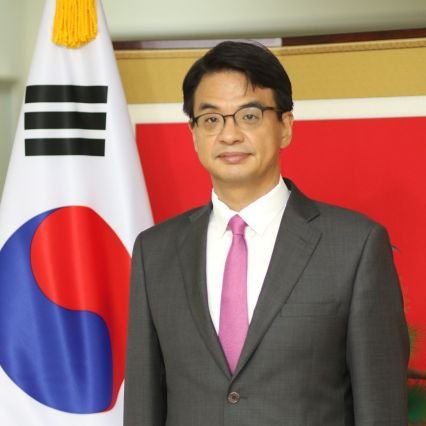 ISLAMABAD: South Korean Ambassador Suh Sangpyo has said that bilateral trade between Pakistan and the Republic of Korea can tremendously increase if the two friendly countries sign a Free Trade Agreement (FTA).

“In the case, South Korea and Pakistan sign the Free Trade Agreement (FTA), it will be very good for boosting bilateral trade between both countries. Korean investors are not necessarily looking for facilities like China, Pakistan Economic Corridor (CPEC) but we can facilitate business ties through FTA,” commented Sangpyo in an exclusive interview with Pakistan Today.

He said that the business environment is improving day by day in Pakistan due to the supportive government policies. Moreover, he added that the critical thing is how the Korean government can push Korean businessmen to come to Pakistan and further strengthen ties.

The envoy claimed that with the hydropower and energy setups an influx of Korean investment is coming. “Samsung has also planned to set up an assembly line in Karachi by the end of December this year and start production of around 3 million mobile phones from next year. These are very good signs of trade and investment relations between Pakistan and Korea,” he added.

He said Korea is right now focusing on trade and economic relations with other countries.

“In terms of economic development cooperation, Korea provided 500 million US dollars over three years to be used for several projects to improve Pakistan’s economy. One project is Islamabad Information Technology Centre. This project is currently in progress in terms of construction and development of it,” he said.

Furthermore, the Ambassador mentioned that their rural development administrator visited Pakistan a couple of weeks back and signed a Memorandum of Understanding (MOU) to improve agriculture technology cooperation between the two countries.

“He also met with Prime Minister Imran Khan, who greatly encouraged cooperation in agricultural technology between the two countries. Even though we have not yet started working on Korea, Pakistan Economic Corridor (KPEC) but nonetheless in almost all major Pakistani economic sectors Koreans are having bilateral ties with Pakistan,” he added.

“Everyone knows that Pakistan has a huge potential market so Korean investors would love to come to the domestic market. Also, the Pakistani business environment is supportive in terms of being the base of shipping products to other neighbouring countries. Therefore, I am very positive that Korean companies are looking to increase the business relationship with the Pakistan business community, both for the domestic market and other countries,” he added.

The ambassador also acknowledged that Prime Minister Imran Khan is taking special initiative in helping Korean businessmen and facilitating them in all sectors.

He also commented on the culture and praised the Buddhist heritage in Pakistan. Adding that Pakistan is a wonderful tourist destination.

“I have seen the Taxila museum and other Buddhist heritage around the area. So, tourism is also a branch of business that needs to be developed. In this regard, I visited 5 to 6 Buddhist heritage sites in the Taxila region, and they possess rich cultural history. Hence, we need to develop infrastructure in accordance with the business sector to grow the tourists coming to the country. But I am very positive that due to the rich cultural history of Pakistan we can attract a lot of tourists,” he added.

Regarding the recent developments taking place in Afghanistan, the South Korean envoy remarked that nobody expected the situation in Afghanistan to shift this quickly.

“The Korean government has also had no idea of the quick power shift. We are also now thinking of how we can play a positive role and our future policy in this regard. Fortunately, the Pakistani government has been doing great work in terms of the Afghan peace process. We applaud the efforts of Minister Shah Mehmood Qureshi for evacuating our diplomats from Kabul. We are very closely working with the Pakistani government for the regional stability and peace of the east,” he added.

Lastly on being asked about the stalled peace process between South and North Korea, Ambassador Suh Sangpyo wrapped the discussion by saying that South Korea is always open to starting any kind of peaceful contact with North Korea to promote good relations.

“During Covid-19, North Korea stopped all ties so right now we don’t know what North Korea’s stance is. However, by their recent statements, we can see that they do not have the intention to have good relations between North and South Korea. We hope that North Korea gets more actively engaged in improving it’s not only with South Korea but also with other countries,” he concluded.