Oversubscription at Octopus tells a tale of too much regulation

To avoid ridiculous levels of oversubscription, the free market must be allowed to do its job 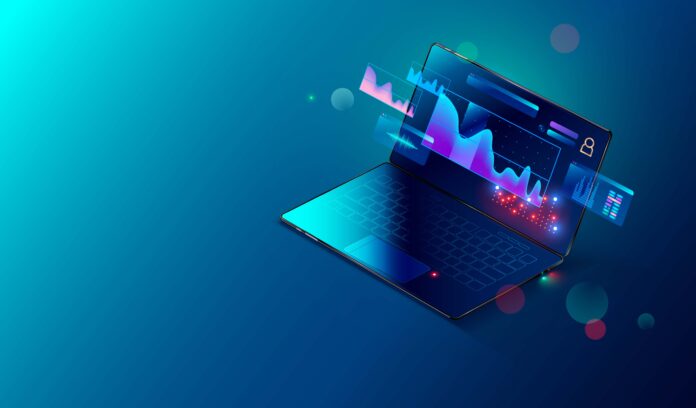 Last week, Profit discussed the ins and outs of how Initial Public Offers (IPOs) work, and more specifically how they work in Pakistan. Essentially, a company makes an IPO whenever they feel they need to raise capital and are comfortable with the idea of going from a private company to a public company. Because these companies set their own share prices for these IPOs, as discussed last week, we can have one of three possibilities – under subscription, full subscription, and over subscription.

We are here to talk about the last one of these possibilities. Now, immediately one might think that oversubscription is the ideal scenario. However, what it means is that the company set a price lower than what the market would have naturally determined. Meaning if there was no ceiling price and price set by the companies, as there currently is in Pakistan, the free market would do its job right. This is exactly what has happened recently to Octopus Digital – an up and coming IT services management company that has found its IPO has been oversubscribed. So what happened exactly, and is it cause to celebrate or rue what could have been? Profit explains.

What happened to Octopus?

Pakistani companies generally shy away from IPOs. Even massive behemoths like Tapal and Shan Foods shy away from going public because of the business culture in Pakistan of keeping things in the family and not opening up to the public. However, an influx of new kinds of companies have meant that more executives have been considering IPOs and some have gone through with it – from industries ranging from meat production to IT service management.

This has been the case with Octopus. A subsidiary company of Avanceon, Octopus Digital helps businesses digitize their manufacturing, supply chain and financial workflows backed by strategic and operational maintenance support services –  business intelligence essentially. It is a tech company that trades in products of automation and control equipment. It provides other related technical services too.

Now, to recap, IPOs are new issues brought out by companies to list on the Stock Exchange. In case of an oversubscribed IPO, the demand for the IPO was more than the supply of shares. Let’s say the issue was for 1 million shares and there was demand for 10 million share s – one could say the IPO was oversubscribed by 10 times. Greater oversubscription is a greater sign of investor interest and does have an impact on the listing price of the stock. However, there is no established relationship between oversubscription and IPO listing price. While oversubscription could have an impact on the listing price, the market conditions, market sentiments, and macroeconomic environment at the time of listing play an important role too. It is also about being in the right space at the right time when it comes to listing.

In the case of Octopus, a strike price of Rs 40.6 per share was determined through the Dutch Book building process. This has been explained by us in more detail here. In short, a strike price is the fixed price that a company determines itself at which the owner of a share option can buy, or sell, the underlying security or commodity.

This meant retail investors could buy Octopus Digital shares at a maximum price of Rs 40.6, essentially a ceiling. Sounds fairly simple, right? Well, the IPO was oversubscribed 27 times by the end of the two day process. The company received offers of over 745.6 million shares against its offer of 27.35 million at the initial price of Rs 29 per share. To put this in perspective, the IPO was fully subscribed within the first half hour on the first day

Truth be told, this is a classic example of mispricing. The investment bank in question, BMA Capital, didn’t do its job right. Consider this – let’s say you are a farmer and have apples to sell but need an advisor to get to the market and also to determine the price for your apples. Let’s say the advisor tells you to sell your apples for Rs 5/ kg and you comply. Would you not be annoyed when upon entering the market you find out there is more demand for your apples than what your advisor told you and that you may have been able to sell all your apples at as high as Rs 13/kg? I’m sure you’d be annoyed. 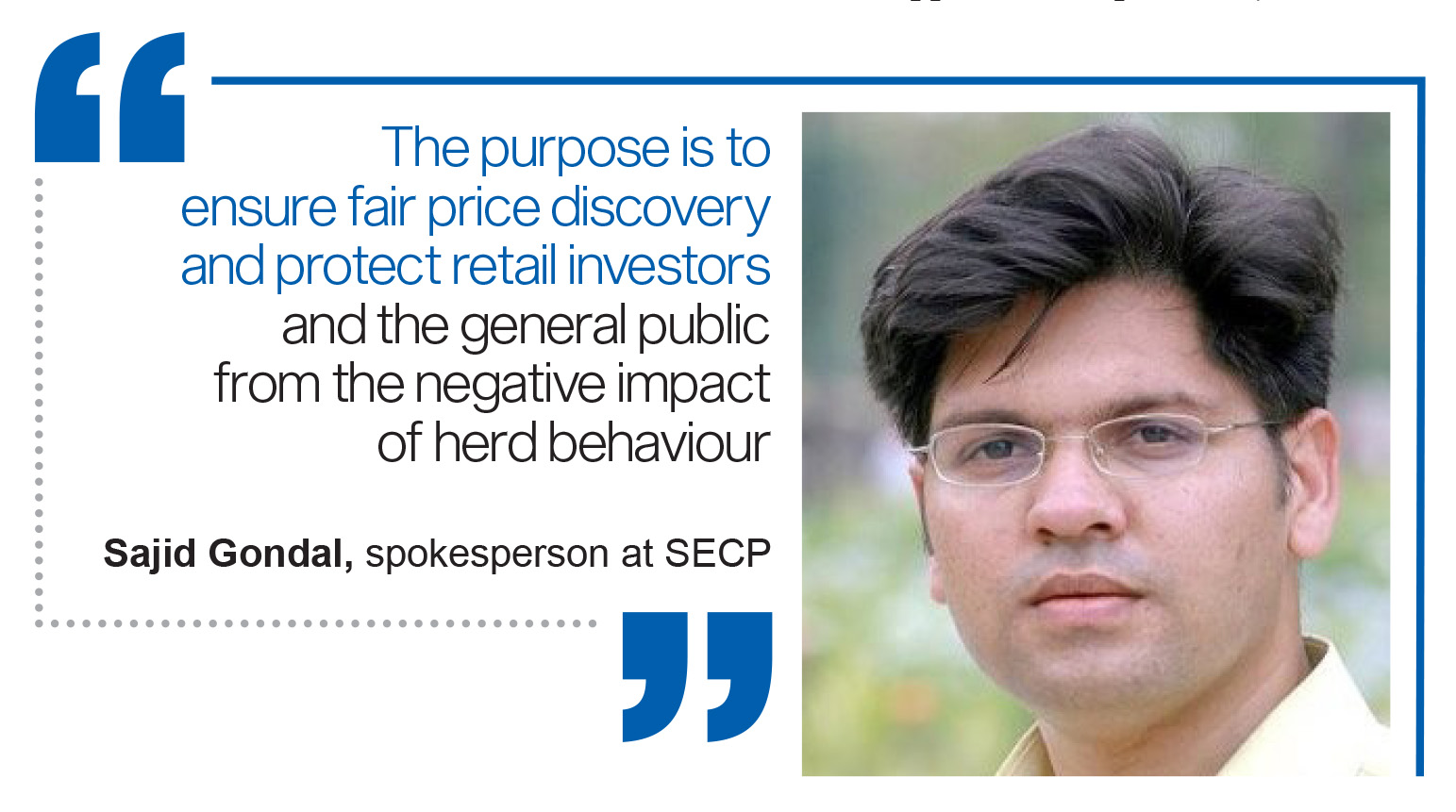 While all of your apples get sold really quickly, you could have made a lot more money from them because people were willing to pay significantly more for them. Underpricing in this case is great for investors but not fair to the sponsor. However, it wasn’t always like this. The SECP put an upper circuit when companies like AlSheer and Roshan Packages turned out to be disastrous for investors upon listing.

Profit asked the SECP about the rationale behind a price ceiling to which Sajid Gondal, spokesperson at the SECP, said, that keeping a price ceiling of 40% above the floor price is imposed by the Commission through SRO dated January 5, 2018. “Moreover, an additional restriction has been placed on the bidders, whereby they cannot place bids directly at the upper limit of the price ceiling; they are only allowed to place bids with price variation of 10% of the prevailing indicative strike price,” he explained. “The purpose is to ensure fair price discovery and protect retail investors and the general public from the negative impact of herd behaviour.”

Essentially, the argument being made here is that investors and the public do not know what is best for them, and when they see a company being subscribed like crazy, they simply go along with what everyone else is doing and are willing to pay a lot more than they should be paying for stock options. While this has happened in the past, the question is whether the SECP should be coddling the public like this or allowing them to make their own decisions.

Should there be a ceiling?

Let’s get this straight, Profit is the last place you’ll find pushing for or encouraging price ceilings or more regulations. Let the market forces do their job. If there is ample demand for a share, then the price should reflect that instead of oversubscriptions by absurd amounts. In the current price determining process, the price is capped at the strike price. This is a rule put forward by the regulator that wasn’t always in place. The price cap is a ceiling which is the maximum price someone can pay for that particular share. Regardless of whether they’re willing to pay more. This isn’t a true reflection of market forces.

Using the Dutch action process for book building is often criticized for this reason. The reason is simple, the strike price is the price at which the last share being offered can be sold at. This isn’t always fair as this further encourages rigging in the form of higher bids to push up the final price.

On the other hand, some brokers are of the opinion that a ceiling is justified. Naushad Chamdia, CEO of Standard Capital says, “The price ceiling for an IPO is essential because the given demand for a company’s shares does not mean the company is  valuable. Also, not all investors who participate in IPOs are aware of a company’s actual worth. Sometimes actual fundamentals of a business can be overshadowed by book runners, which is why it is so important to have a ceiling at a specific fair value price. In the case of Octopus, the challenge of investing in an IPO was calculating the actual worth of cloud and artificial intelligence financial vagaries without the company’s little experience in that business. Hence here the ceiling safeguarded the risk of investing.”