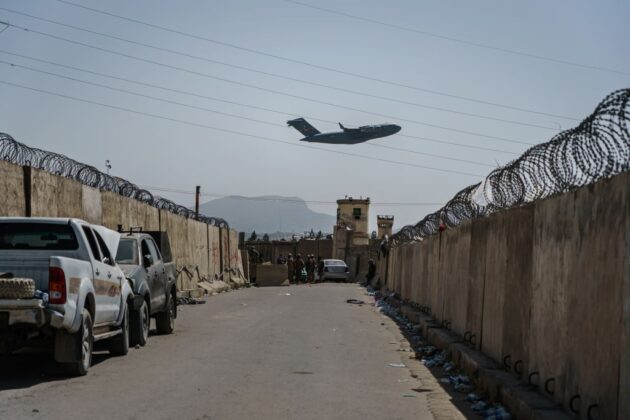 Pakistan has opened its air trade route for the first time to commercial cargo destined to landlocked Afghanistan to help its war-torn neighbour’s Taliban government deal with a deepening economic crisis, VoA reported.

Sadiq said a chartered aircraft brought “various industrial inputs” to Islamabad on Friday and the Afghan transit cargo was then loaded into containers before being transported by road to Kabul through the northwestern Torkham crossing on the Afghan border.

“I congratulate Pakistan Customs for arranging [the] first-ever plane-to-truck transfer of international cargo via Pakistan. It shows Pakistan’s commitment to a geo-economics led foreign policy,” the envoy tweeted.

In a later tweet, Sadiq also rejected “propaganda allegations” that trucks transporting Afghan exports to Pakistan, mainly fresh fruits, were being blocked by Pakistani authorities from crossing the border.

The Afghan Customs at Torkham had cleared and sent back almost all empty returning containers of Transit Trade.
The first pic is from Torkham (Afghan side) a few days ago while the second one is from today. Contrary to the propaganda, no fruit trucks are waiting on Afg side. pic.twitter.com/rJJ6LgGi7x

The envoy tweeted what he said was a picture of the Torkham terminal showing no fruit trucks were waiting on the Afghan side.

A bilateral transit treaty, enacted in 1965 and renegotiated in 2010 with the United States mediating, grants Kabul the right to conduct duty-free international trade through Pakistan airports, seaports and overland routes.

In turn, Islamabad is allowed to use the designated Afghan transit corridor to trade with Central Asian countries.

But strained political ties with the previous Kabul government had discouraged Islamabad from allowing the transit of any goods through its air trade route until now. Kabul’s close security cooperation with Pakistan’s archrival India was also a source of mutual distrust.

The tensions largely stemmed from allegations by Afghanistan that the Taliban had been using sanctuaries in Pakistan from which to direct insurgent attacks against the Afghan government and US-led coalition troops for almost 20 years, charges denied by Islamabad.

The Taliban takeover of Afghanistan in August prompted Washington to freeze nearly $10 billion in Afghan assets, mostly deposited in the US Federal Reserve.

The restriction has raised the prospects of an economic meltdown in the poverty-stricken country where the United Nations says about 1 million Afghan children are at risk of starvation and at least 18 million more people need urgent humanitarian aid, citing years of conflict and a prolonged drought. UN officials warn the approaching winter is only going to make matters worse.

The US and other countries have vowed to scale up humanitarian assistance for Afghanistan. But they have refused to grant the Taliban government legitimacy until they see the Islamist group keep its promises to protect the human rights of all Afghans, including women, and fight international terrorism.

For its part, Pakistan has sent dozens of truckloads of humanitarian assistance to Afghanistan, including food and medicines, nearly every day since the Taliban took over Kabul.

Islamabad last month eliminated the sales tax on fruits imported from Afghanistan to encourage Afghan traders and farmers. The move, officials say, has led to an increase in Afghan exports to Pakistan.

Islamabad has also withdrawn a ban on exports of poultry products to the neighbouring country, hoping it would reduce the price of poultry there and ensure a supply of fresh chicken as well eggs to the general population.

Pakistan, however, has withheld recognition of the Taliban government, saying they will wait for the global community to do so and the new rulers in Kabul to deliver on their pledges.

Pakistan, which shares a roughly 2,600-kilometer border with Afghanistan, has been urging the US and the world in general to engage with the Taliban to prevent the country from descending into chaos again.

Pakistan has refused to accept more Afghan refugees, saying their country already hosts nearly 3 million Afghans and the international community should help in their repatriation.