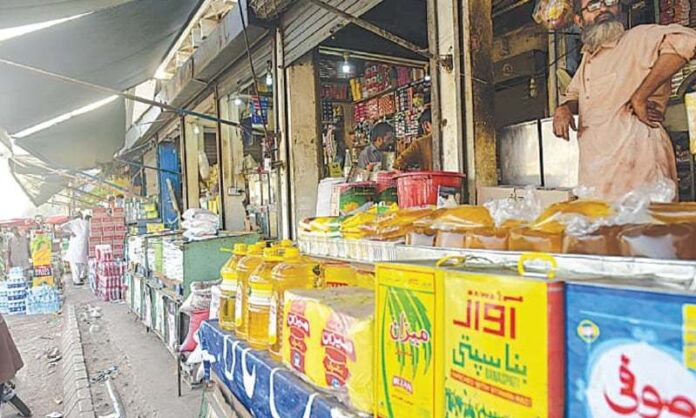 ISLAMABAD: The government is likely to cut general sales tax (GST) and customs duty  imposed on the prices of edible oil and ghee by 50 per cent in a bid to reduce the price of both kitchen items.

According to sources, following Prime Minister (PM) Imran Khan’s notice of the sky-rocketing prices of essential commodities, especially the massive surge in the prices of kitchen items, the Ministry of Industries & Production has called an important meeting with the Ghee Mills Owners Association (GMOA) and the Pakistan Vanaspati Manufacturers Association (PVMA) here on Saturday, to finalise the Memorandum of Understanding (MoU) for reducing prices of edible oil.

At present, custom duty imposed in the price of edible oil and ghee is Rs9 per kilogramme while GST is Rs40 per kg. If the MoU is inked, then custom duty will be reduced by Rs4.5 per kg and GST by Rs20 per kg from the next week.

Sources said that although the Ministry of Industries & Production has prepared a draft of an MoU, the ghee mills association has reservations regarding relief being passed on to customers immediately after the decision.

“The association fears that if millers immediately pass on the relief then they might be in contradiction to rules of the Competition Commission of Pakistan (CCP),” said sources.

The MoU, once finalised, would be submitted to the ECC.

Reportedly, Minister for Industries & Production, Khusro Bakhtyar, had explained to the premier that international price of edible oil had been going up continuously, generating pressure on the local price of cooking oil.

Moreover, the federal cabinet has directed the Finance Division to present a comparison of local prices of essential kitchen items with regional countries in the Cabinet’s weekly meetings.