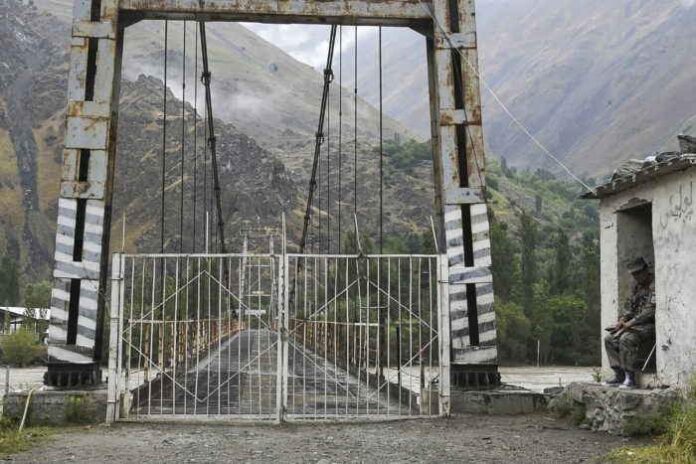 PESHAWAR: The Khyber Pakhtunkhwa (KP) government has decided to open Arandu crossing point, which lie on the border with Kunar province of Afghanistan, in a bid to boost trade and generate more employment opportunities for the local population.

In this regard, Special Assistant to Khyber Pakhtunkhwa (KP) Chief Minister (CM) for Industry, Abdul Karim Khan, on Thursday said that Arandu and Shah Saleem crossing points are the nearest and oldest routes to access central Asia and boost national exports.

Khan informed that these borders will be inaugurated by CM Mahmood Khan during the two-day conference, 4th Chitral Economic Development, on November 12 and November 13.

Khan said that the CM will also inaugurate several other projects along with laying the foundation stone of the Chitral Chamber of Commerce (CCC) and National Bank building.

The CM’s aide said that these projects will boost the local industry in Chitral, adding that the KP government has started projects including the construction of road infrastructure, Chitral Special Economic Zone (SEZ), opening of Arandu border crossing, hydraulic power generation projects, promotion of tourism, as well as promotion of the mines and minerals sector for Chitral’s economic and industrial development.

He further said that a huge uplift fund has been allocated in the budget for this purpose and all arrangements have been finalised.

He said that investment would also be attracted under public-private partnership for the development of agriculture, minerals, tourism and other sectors so that people could get jobs in their local area.

It was also decided at the meeting that Technical Education and Vocational Training Authority will train the youth of Chitral.Coordinator Federation of Pakistan Chamber of Commerce and Industry for Khyber Pakhtunkhwa, Sartaj Ahmad Khan said that the conference would be a milestone for the  construction and development of Chitral.