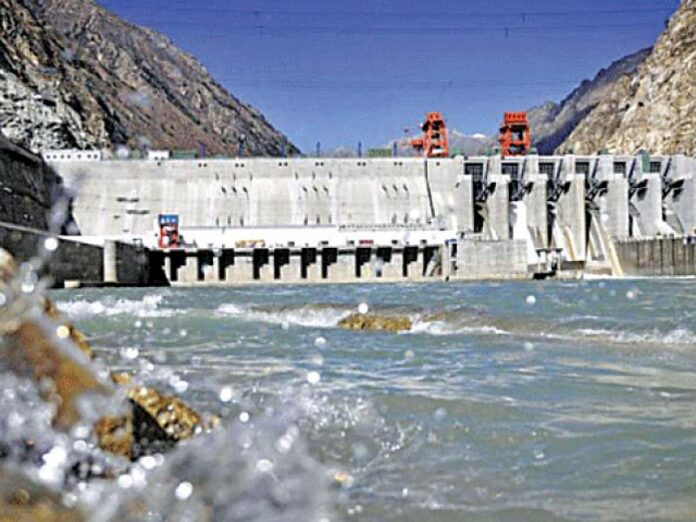 PESHAWAR: Work on the 4300MW Dasu hydropower project resumed on Monday after three months and ten days as the Chinese company supervising the project instructed its entire Pakistani staff to get ready to return to work.

In this regard, Minister of Water Resources Chaudhry Moonis Elahi disclosed in a tweet that construction of the project has resumed.

In a mobilisation notice, the China Gezhouba Group Company (CGGC) said that the security protection of the project area has been substantially improved by Water and Power Development Authority (WAPDA).

According to the announcement, local employees working in the company will be called in a phases-wise manner.

“According to the requirement of site work, for all the Pakistani staff who worked with CGGC before, we hereby notify you to get ready to return to work in batches. The specific return time of every staff will be determined by phone call from the Chinese leader of each department,” the notice read.

The Chinese firm also instructed its employees to bring Covid-19 vaccination records and non-criminal certificates with them while the locals of Dasu shall take medical certificates from local clinics, and non-locals shall take a Covid-19 nucleic acid test report or a PCR test within 48 hours.

It is pertinent to mention that construction work at the hydropower project site was stopped after mutual consultation of the local civil administration, WAPDA, and CGGC.

The decision to suspend work was taken on July 14, after a bus carrying a construction team of Chinese engineers and local employees to work from residential camps fell into a ravine in Upper Kohistan following an explosion due to a suicide attack, killing at least 12 people, including nine Chinese.

According to sources, the company had demanded $45 million from the Pakistani government for the slain Chinese officials as compensation.

The incident was initially described by Pakistani authorities as an accident, but was later recognised by security and investigative agencies as a terrorist incident as senior security officials from China, political and diplomatic officials, as well as World Bank (WB) representatives visited the area to investigate the incident.

After the attack on Chinese engineers, besides construction work on the dam being affected, there was a wave of concern about the safety of Chinese residents involved in construction and business sectors in different parts of Pakistan.

However, the Pakistani government directed law enforcement agencies to mobilise and ensuring the safety of the foreign residents.

Talking to the media on Monday, Upper Kohistan Deputy Commissioner (DC) Muhammad Arif Khan Yousafzai confirmed that work on Dasu Dam had been resumed.
Yousafzai said that all security arrangements have been made to start the construction work. In this regard, he said, security forces have been deployed all the way from the residential area to the construction site.
It may be mentioned here that about 45 Chinese companies are currently working on various construction projects across the country, including CPEC projects.
- Advertisement -
Facebook
Twitter
Linkedin
WhatsApp
Email
Previous articlePakistan obtains over $3,098m in loans in 3MFY22
Next articleRupee downfall continues, reaches 175.27 in inter-bank market