The rupee will not be demonetised, finance advisor assures 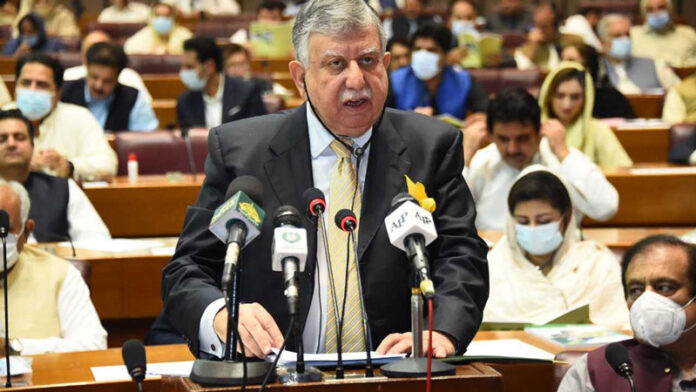 Adviser to the Prime Minister on Finance and Revenue Shaukat Tarin on Friday said the government will not impose any new taxes in the upcoming ‘mini budget’, but it will withdraw a few tax exemptions given to various sectors in an effort to increase revenue.

It is pertinent to mention here that the government will table the supplementary budget in the National Assembly (NA) following the staff level agreement with the International Monetary Fund (IMF) earlier this week.

Talking to media persons in Karachi, the finance adviser said that the government had agreed to withdraw Rs700 billion in exemptions and impose new taxes  as per an agreement with the International Monetary Fund (IMF) reached in March this year, after which Pakistan got $500 million.

“When I became the finance minister, I had said we will not increase taxes. We will not allow [the IMF] to impose more taxes on people who are already paying them,” he said, adding that the finance ministry had stood firm on its stance during the talks and eventually convinced the Fund to bring down the revenue target to about Rs300bn.

Tarin said the IMF questioned why Pakistan had distorted its tax system, adding that the Fund’s argument held substance. “They say, ‘you have imposed 17 per cent sales tax on some [sectors], zero on some and 10pc on some. Take your sales tax and give them targeted subsidies [instead]’.”

The government will use the Ehsaas database to provide direct subsidy to farmers instead, he said.

Speaking about speculations about the exchange rate for rupee, the advisor said as per the “real exchange rate”, the local currency should be traded around Rs165-167 against the US dollar, but due to speculators, the rupee was undervalued by Rs10.

Tarin also rejected rumours that the rupee will be demonetised, adding that the government will not take any steps that would “hurt the businesses’ confidence or create distortion in the market.”

“We are taking some steps because of which the rupee will go on the other side. They (speculators) will be badly defeated so don’t get into this kind of speculation. Rupee will move on both sides,” he said.