Rs31bn road project being completed without tunnels, alignments as planned earlier; however, time to reach Skardu from Gilgit reduced from 10 to 4 hours 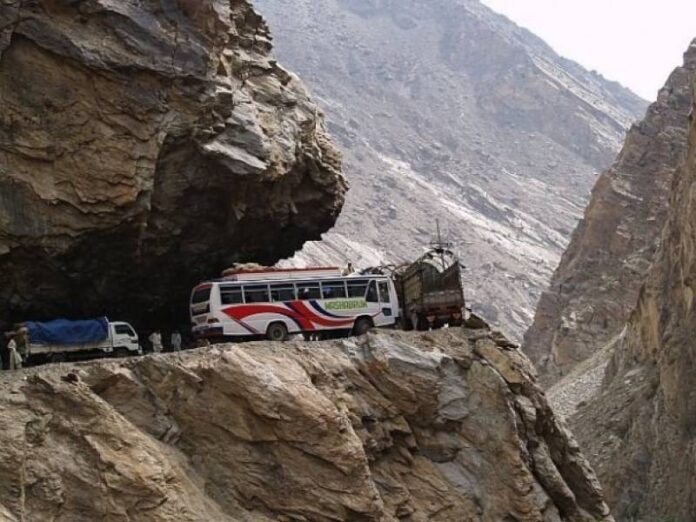 According to sources, the prime minister may visit Skardu for the inauguration of the 167 km project, which has reportedly been completed after over a period of four years, on December 9. After remaining in papers since 2009, work on this project was started in 2017.

However, it may be mentioned here that the road project has been completed without tunnels and alignments which were initially part of the upgrade plan designed by the  Frontier Works Organisation (FWO).

Profit learnt that a leader of local traders has written a letter to the Chief of Army Staff (COAS) against the obliteration of important work which was to be part of the project.

“FWO)officials, after getting the tender of the project, had claimed that at least half a dozen tunnels are being constructed on this route. However, both the tunnels and alignment part of the project were deleted for unknown reasons later,” the letter states, adding that the road has simply been widened as per the existing design of the route.

“Since the tunnels, initially designed in landslide areas of the route, have been removed altogether, the uncertainty of closure of the road due to landslides will remain there despite the government spending Rs31 billion on the project,” the letter adds.

It is pertinent to mention here that the project’s tender was floated a second time to reduce the cost as the same when tendered to a Chinese firm was estimated to cost over Rs45 billion.

The new Jaglot to Skardu road has been upgraded by making various improvements including widening and construction on parts where the road was missing. The old road that was used by travellers to reach Skardu was dangerous with sharp turns and narrow passages and required highly skilled drivers, mostly locals who were familiar with the route.

Due to the bad conditions of the road, tourists either preferred travelling to Skardu by air or visited other areas in the north if they were travelling by road.

The road was first constructed by the Frontier Works Organisation in 1984 but had broken down due to frequent landslides and heavy snowfall that the area experiences every year. Considering people’s interest in visiting Skardu, traffic on the route and the ratio of fatal accidents every year, upgrading the road was important to provide a safe passage and to boost tourism.

As per documents, this route will be a popular one since it’s a tourist hotspot. The road has now been increased in width from 3.6 meters to 7.3 meters. This will allow a better and smooth flow of traffic on the road. Moreover, the time it earlier took to reach Skardu from Gilgit was about 10 hours, which will now be reduced to four hours.

The road from Jaglot to Skardu is a patch of more than 160 kilometres which connects Gilgit and Skardu, both of which are important cities in GB.

During the meeting at the Ministry of Planning and Development on Thursday it was also informed that more than the two-third of the Naltar Valley road has been blacktopped as well.

Minister for Planning, Development, Reforms and Special Initiatives Asad Umar directed the authorities concerned to fully mobilise the required resources to ensure completion of the road by June 2022.

He said that the project will open up the doors for tourism and contribute to the creation of more job opportunities and also accrue social-economic impact for the region.

Furthermore, the minister was also briefed on the progress of land acquisition for the Sukkur – Hyderabad motorway. He said that the land acquisition should be completed on a priority basis so that construction can be started in the third quarter of current fiscal.