Says import bill, inflation increased due to surge in prices of imported commodities 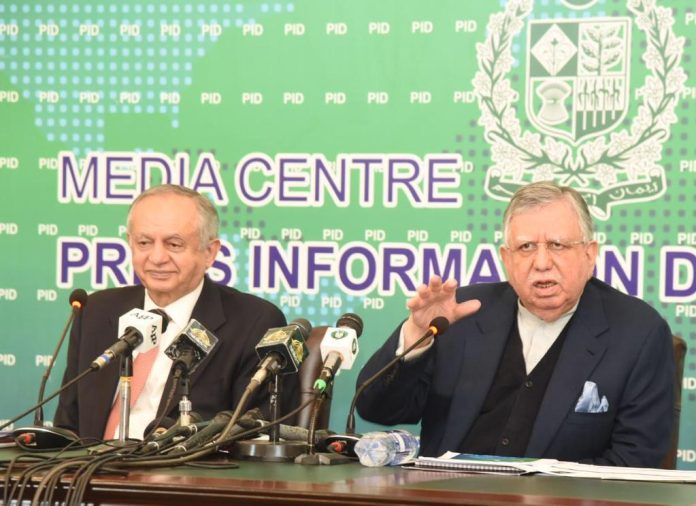 ISLAMABAD: Adviser to the PM on Finance Shaukat Tarin has claimed that the trade deficit will shrink and the national economy will further strengthen with an increase in exports and remittances.

Addressing a joint press conference along with Adviser to the PM on Commerce Abdul Razak Dawood on Friday, Tarin said that the country is facing escalation  in import bill and inflationary pressure due to surge in prices of imported commodities. “The inflation and import bills are connected and have the same cause and that is international commodity prices,” the adviser said.

He said that inflationary pressure is due to rise in international prices of commodities which it is importing, citing that the prices of fuel, LNG, coal, steel and edible oil rose in the international market and have an impact on inflation in Pakistan.

Comparing the imports of October 2021 and November 2021, the adviser said that the import bill went up from $6.3 billion in October to $7.5 billion in November, showing around $1.2 billion difference.

This difference, he said, was witnessed mainly due to import of four commodities, including raw materials, the imports of which grew by $252 million on a month-on-month basis while imports of petroleum products (oil, gas, coal) grew by $508 million, vaccine imports $400 million  and edible oil $134 million. He added that despite the fact the vaccines were totally funded by donors, it is reflected in the import bill.

He said all other countries are also affected by international commodity prices, adding that the import bill of neighbouring country India also doubled to $20 billion due to rise in international prices.

The adviser said that the situation will not last long and expressed the hope that this disequilibrium would end soon and commodity prices would come down in the international market and consequently have an impact on commodity prices in Pakistan.

On the other hand, he said that fundamentals of the economy are on strong footing as revenues have witnessed 36 percent growth, including 32 percent increase in income tax, which shows the growth is all across the board. Likewise, electricity consumption increased along with growth in agricultural production, he said, adding as long as the economy is growing, there is no need to worry.

He said the agriculture products, including sugarcane, have witnessed enhanced production in the country. The adviser informed that prices of petroleum products are pushing back at the international market and the price of edible oil is also expected to come down next month.

Speaking on the occasion, Abdul Razak Dawood said that national exports are increasing both in quantity and value. He said that record exports of $2.9 billion were registered during the last month, adding that exports will touch the $3 billion mark this month.