Bagallery, with a formidable competitor in Daraz and more startups popping up around it, plans to make acquisitions to strengthen its presence 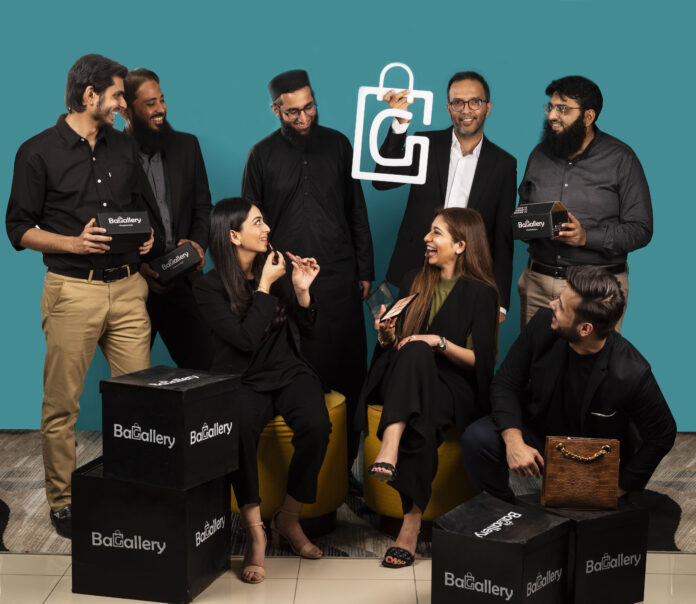 LAHORE: Bagallery, which positions itself as a digital-first beauty and fashion startup in Pakistan, has raised $4.5 million in Series-A funding.

The Series-A round was co-led by Zayn Capital, existing investor Lakson Investments Venture Capital (LIVC) and UAE- based Hayaat Global. The startup had earlier raised $900,000 in pre-Series-A funding in November 2020.

Profit, after seeing documents for the Series-A round, can confirm that the new amount raised was $4.5 million.

Founded by Mina Salman in 2017, Bagallery aggregates beauty and fashion products of different brands on its website, making money on margins earned through sales of these products. It is also one of the rare female-founded startups which employs 40 per cent females in its workforce and serves an industry where a majority of customers are also female.

Myntra, another Indian fashion eCommerce startup that competes with Nykaa today, was an early player in this space and was acquired by Flipkart for $300 million in 2014 whereas Purple raised $140 million making it to the list of unicorns.

In Pakistan, Bagallery’s competitors are Daraz and the likes of Sapphire and Khaadi, while Conatural and Jomo are fairly new and some new startups are also entering. A recent player in the beauty segment, Conatural has made its presence stronger with its line of beauty products, and Jomo.pk in shoes and apparel eCommerce.

Just yesterday, another fashion eCommerce startup Clicky.pk announced raising $2.3 million pre-Series A round; Flare, an up and coming video-first eCommerce startup is also planning its launch and has secured funds.

Other than these, fashion and beauty micro sellers are aplenty on platforms like Instagram, now further enabled for selling through apps like Zarya which supplies fashion products at wholesale rates and gives delivery support to micro sellers.

How does Bagallery plan to compete in a market? Firstly, Bagallery has been around for longer than most others except Daraz and seems to have been able to grow. Website analytics data for Bagallery shows that the company hit 2.86 million users on its website in November this year, from a little over half a million in June, which is impressive for a niche-focused eCommerce startup.

On the other hand, Pakistan’s eCommerce behemoth Daraz clocked in over 13 million users on its website, according to SimilarWeb, but sells in multiple categories like electronics, toys and groceries.

Bagallery also extols its growth and claims that it was now valued four times more than their seed round funding. Since raising its earlier round in 2020, Bagallery claims to have grown its revenue three times and now lists more than 20,000 products and 2,000 brands added to their online store.

The sheer variety of the offerings in the store puts them ahead of competitors. Salman Sattar, the company CEO, says “Our pricing also differentiates us but what differentiates us more and what is also our value proposition, is that we are creating a lot of private labels which are exclusively available on Bagallery and not anywhere else,” says Salman.

“That is the biggest differentiation we want to create. Other things can be matched but exclusivity can not be matched,” he adds.

Bagallery, however, says that their live sessions have been around earlier than Daraz and has also launched social commerce where influencers would be able to sell Bagallery products leveraging their social media presence.

With the Series A funding, Bagallery aims to launch new projects in 2022 including an influencer platform that will allow customers and influencers in the beauty and fashion industry to connect through their website. Bagallery says its vision is to democratise online beauty and fashion with best in class customer service and an unmatched variety.

“Globally, fashion and beauty are the biggest categories for eCommerce, so we are playing in the right segment which has already seen many unicorns. We are planning for mega expansion after this funding both through acquiring some fashion brands and expanding to other locations,” said Mina Salman.

“We are thrilled to continue supporting Bagallery in its aim to reinvent the online beauty and fashion industry in Pakistan,” said Babar Lakhani, managing partner of Lakson Venture Capital.

“Since its launch, Bagallery has captured the market with its innovative go-to-market strategy and partnerships with leading brands. With its Series-A funding, Bagallery can scale faster by acquiring online fashion brands to grow its portfolio and maintain its market leader position. We stand committed to Mina, Salman and the Bagallery team in making the company the first domestic beauty and fashion unicorn,’’ he added.

“It has been amazing to see the growth of this company over the last few years and I am really excited to be a supporter of Mina and Salman’s vision to build the best beauty and fashion platform in Pakistan,’’ said Faisal Aftab, managing partner at Zayn Capital.