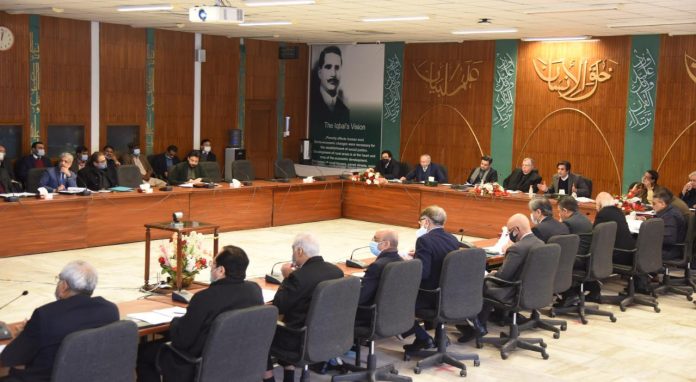 ISLAMABAD: The Economic Coordination Committee (ECC) here on Wednesday approved the import of 50,000 metric tonnes of urea from China on immediate basis subject to clearance from the Pakistan Standards and Quality Control Authority (PSQCA).

According to the details, the committee meeting which was presided over by Federal Minister for Finance and Revenue, Shaukat Tarin, allowed the import on government-to-government (GoG) basis with China.

The ECC tasked the Trading Corporation of Pakistan (TCP) to negotiate price with a Chinese supplier authorised by government of China for further import of urea.

Meanwhile, the committee also approved a summary, with some modifications, presented by Ministry of Finance for rationalisation of tariff on import of vehicles and other items requested by Ministry of Industries and Production (MOIP) and other sectors.

The forum also decided to review some recommendations relating to automotive sector after six months.