What’s ahead for Pakistan’s startups? 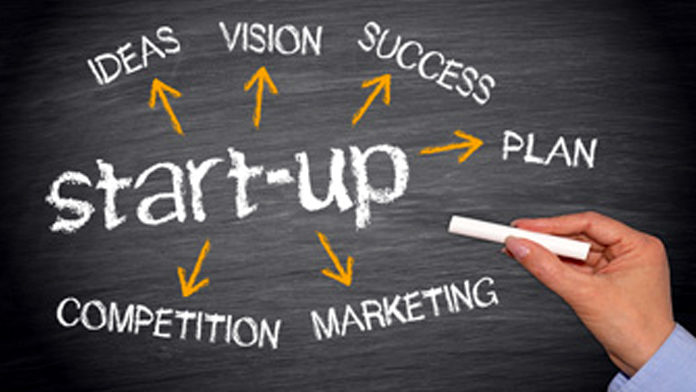 It’s been a little over three months since the year 2022 started and Pakistan’s startups have announced raising investments worth $130 million. Just yesterday, B2B startup Bazaar announced a hefty $70 million raise in Series-B round. The momentum seems to be steady for startups after a joyous year, and as startups enter into a new stage of growth, new challenges mount. A recently launched “Pakistan Entrepreneurship Ecosystem Report 2021” by venture capital and insights firm Invest2Innovate (i2i) discusses what these new challenges look like.

According to Kalsoom Lakhani, the co-founder and general partner at i2i, initial challenges for startups were an overall lack of funding, no support space and lack of regulations. “That’s changed now for the better,” says Kalsoom. As the startups enter a new phase of growth, the ecosystem has to worry about new problems that come at this stage. Lack of access to growth stage capital, for instance.

While the trend has been encouraging, challenges lie ahead in raising later-stage funding for these startups. An overwhelming majority of the startup deals (60 of the 81 total) last year were early-stage investments. The number of deals and the total investment could have been bigger during last year and will pose a challenge ahead because of a limited number of local angel investors and their willingness to invest only small amounts.

For the ones that were able to raise funding in their early stages, follow-on capital is going to be a challenge because of limited capital of local VC funds. These funds and the international VCs that invested in Pakistan are mostly early-stage investors themselves. According to the report, international VCs which are investors did not prefer investing in later stages.

According to the report, the total market capitalization for all Pakistani startups currently lies between an estimated $1.5 billion and $2 billion, and is expected to increase to $6 billion over the next five years and to $30 billion by 2031. There is, however, a correction required as to how Pakistan’s startups are valued. High valuations in Pakistan have been brought about to a large extent by looking at comparables in mature markets, which isn’t a true representation of the actual opportunity in Pakistan.

High valuations have also brought into question the possible exit routes for Pakistan’s startups. The Pakistani stock market in its current state is not going to give startups the valuations they are able to secure during private fundraising.

Interest towards acquisitions is not promising either, with the acquisition of Daraz by AliBaba in 2018 the only instance in the last few years. “Pakistani startup ecosystem thus faces a predicament. Despite a substantial increase in investment activity, there have been few exit events to prove the case for investment outcomes within the Pakistani market. This can potentially discourage VCs, which have an average investment cycle of around five years and a fund duration of usually 10 years, from writing bigger cheques or investing strategically in Pakistan if they are unclear of long-term prospects locally,” the report notes.

Support infrastructure such as startup incubation centers are mostly focused on driving investment into startups, but remain inefficient in doing that. i2i’s interview data shows most dissatisfaction among entrepreneurs who are looking to scale and raise capital with the services currently offered by these support organisations. “For instance, both entrepreneurship support organisation (such as incubation centers) personnel and founders shared that attempts on part of these organisations to help startups raise investment have often not come to fruition either due to investors not following up after a few initial conversations or because they were  matched with investors that were not a fit for the founders and vice versa,” the report notes.

Pakistan has a sizable network of support organisations such as startup incubators. Although the availability of a larger number of support programs is a positive sign and indicates greater accessibility of support services to young startups, the report highlights several shortcomings among support services such as the lack of bespoke services for more experienced founders and startups at later stages of their business lifecycle, as well as a noticeable lack of effective investor-readiness elements within local support programs.

The report also highlights that additionally, there is a disconnect between the startup sector and universities which creates challenges for startups. According to the report’s findings, universities in Pakistan do not equip students adequately to launch a business. This can be attributed to why foreign educated founders have been more successful at raising capital than local founders.

Startup growth in part has been fueled by the launch of Electronic Money Institution (EMI) regulations by the State Bank of Pakistan (SBP) and now the Digital Banking Policy 2022, allowing holding companies abroad and setting up of the regulatory sandbox by the Securities and Exchange Commission of Pakistan’s (SECP). In addition, Digital Pakistan Policy, National eCommerce Policy, GEM Board listing and the Special Technology Zones (STZAs) are measures that are seen as significant by ecosystem commentators, regulatory bottlenecks with regards to these measures persist which create problems for startups.

Taxation is a particular point of concern for startups. The report underlines two areas in taxation as points of concern: a lack of clarity in terms of sector specific taxation policies, and concerns around taxation on capital gains in the case of exits.  “More sector specific consistency of tax policy, including new and emerging business models and verticals, which have not been looked at from a tax perspective,” Ali Mukhtar of Fatima Gobi Ventures suggests.

From an investment point of view, the current regulatory atmosphere prevents local or international VC funds from soliciting funds from within Pakistan. This limits participation of Pakistani High Networth Individuals, family offices or institutions from participation in the fund and limits avenues of raising money for a Pakistan focus fund. This can eventually put a limit on the availability of capital for future investments into Pakistan’s startups.

Foreign investors have also voiced concerns if they would be able to repatriate their profits in case of an exit. Pakistan has conservative foreign exchange rules with extra controls on outflow of funds from Pakistan and majority of investors, according to the report, believe “a lack of laws allowing for the seamless inflow of foreign investment capital into the country is an obstacle.”

“While the government is making headways in being more receptive to the needs of the key ecosystem players, the SBP still holds a great level of regulatory control (and enforces stringent reporting requirements) on how domestic investors can direct their capital flows to holding companies established abroad. This limits their contribution to the overall growth of the ecosystem and pushes Pakistani startups to rely more on international investors for growth capital. Therefore, the need to ease regulations pertaining to international VCs is more important now than ever, not only to make processes friendlier but also to channel more local liquidity into venture funds,” says Amad Mian, partner at VC firm Karavan surveyed by i2i.

Key stakeholders highlighted that in regards to human capital, while the supply of technical talent in Pakistan is sufficient, it lacks several key attributes such as critical thinking abilities, product-oriented experience, and cross-functional flexibility compared to their counterparts in other regional ecosystems.

Female-founded startups account for only 1.4% ($7.91 million /$563 million) of the total amount raised and 6.7% (17/255) of the total deals from 2015 to 2021. Challenges cited by female-founded teams during the investment raising process was finding a suitable investor (with 84% of respondents stating as such). Generally, female founders perceived investment-related challenges as greater in magnitude than those facing female co-founded and male-founded teams.

According to the report, a limited pipeline of female founded businesses and potential bias in perceptions against women-founded businesses are two major reasons behind lower access to finance for women. It further outlines that women founded businesses represent a low volume of investment worthy female-founded startups which limits the number of deals they can evaluate. According to Ali Mukhtar, the disparity in funding is perhaps because there is a relatively lower pool of female founders applying for VC funding. Low pool of female founders in Pakistan can be attributed to the overall lack of labor force participation of women which stands at 21% compared to 79% male labor force participation. A predominantly male dominated atmosphere limits opportunities for women, the report argues. One way to overcome the lack of female participation in the tech sector is to strengthen support infrastructure for females, such as initiating dedicated programs for women at incubators and accelerators.

Quick commerce startup Airlift has announced closing down operations in South Africa as well as some cities in Pakistan as the global capital downturn....
Read more
HEADLINES

To improve the affordability of mobile services and encourage the adoption of communication services, especially for lower income segments in Pakistan, the global mobile...
Read more
- Advertisement -