Zaraye, which solves for price discovery, financing, and fulfillment, plans for rapid growth after the funding injection 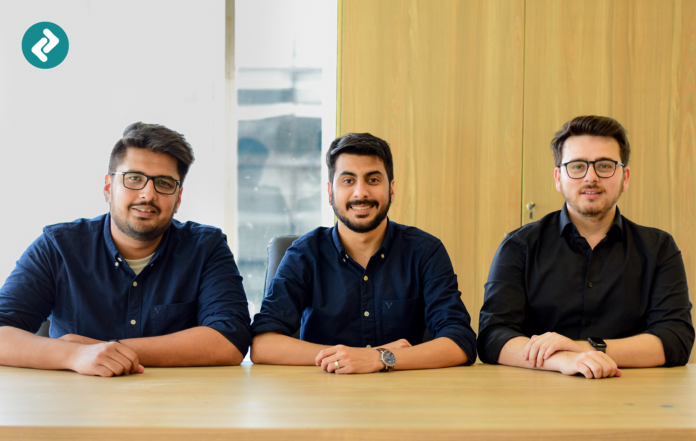 In September 2021, Ahsan Ali Khan, Hashair Junaid, and Taha Iqbal envisioned making procurement of raw materials for buyers and sellers efficient and founded Zaraye. The opportunity according to them is massive: Pakistan’s industrial manufacturing sector contributes a sizable 20 per cent of the country’s economy with a $35 billion raw material market annually with raw materials contributing 60-65 per cent of the total costs for the manufacturers.

Traditionally, how buyers and suppliers of industrial raw material have operated is that they would reach out to a handful of brokers that help buyers procure and sellers sell raw material. The process is painful and time-consuming and the broker gets a cut from both parties in a transaction. The general consensus is that wherever there are middlemen, there are inefficiencies that a marketplace-like model can fix.

Karachi-based Zaraye hence came into existence as a B2B marketplace that helps buyers source raw materials at competitive and transparent prices from sellers. This helps businesses procuring raw materials achieve cost efficiencies which are crucial for surviving and thriving in the thin net margin industries they operate in. Suppliers of raw materials too see a surge in their sales.

Besides solving the problem of pricing, Zaraye also provides working capital financing to both parties. Small buyers and sellers are mostly overlooked by formal financial institutions like banks for credit facilities.

While these two problems are the core ones that Zaraye has set out to solve, it also solves for the fulfillment of the orders placed through the Zaraye platform.

The startup claims to have been able to get significant traction on the platform, signing up 300 partners and suppliers in over 20 cities in the textiles and construction sectors. The growth and the size of the opportunity were strong enough to get the attention of VC heavyweight Tiger Global to invest in Zaraye.

Today, Zaraye announced raising $2.1 million in a pre-seed round led by Tiger Global, which has earlier made investments in Pakistan in Bazaar and CreditBook. Zaraye is Tiger Global’s first pre-seed investment in Pakistan.

In Pakistan, Zaraye’s business model is heavily inspired by OfBusiness, according to Ahsan. Tiger Global has seen the success of OfBusiness in a market similar to Pakistan which would have provided Tiger the conviction to invest in Pakistan in Zaraye.

Zaraye’s pre-seed round was co-led by Pakistan’s Zayn Capital which has earlier backed companies like Tazah, CreditBook, Oraan and Abhi Finance. The round was also joined by +92 Ventures, angel investors Alan Rutledge, Jack Rizvi, and current and former Careem employees.

Internal documents seen by Profit confirm that the amount raised was $2.1 million.

Zaraye is driven through an app and a website where buyers get access to a fairly large number of suppliers. A buyer posts an inquiry that he wants a certain quantity of a product by a certain date.

The suppliers of that product post rates at which they would sell, giving the buyer the option to choose from the best available prices in a transparent manner, instead of just relying on a broker.

Zaraye delivers the materials to the desired location of the buyers through third-party logistics providers, and also provides after-sales service. Through its financing facility, Zaraye provides credit to both buyers and sellers to help them meet their working capital requirements.  The financing facility from Zaraye is operational at a very tiny level, however, forming less than 5 per cent of the company revenue at present.

Ahsan says that Zaraye’s focus right now is collecting data to make prudent lending decisions. “The fragmentation in the market is huge, so the challenge for our fintech leg is how do we collect the right data,” Ahsan tells Profit.

Once they have sufficient data on buyers and sellers, it will help them assess credit and disburse credit based on actual creditworthiness.

Zaraye has started off with acquiring customers in the textile and construction industries, with plans to expand the offerings in these sectors, as well as open new categories as they grow. The startup makes money through a commission charged to suppliers and buyers on each transaction.

The startup claims to have been able to grow 10x since inception and hopes to grow another 10x within the next three months. The startup did not disclose its GMV numbers to ascertain how it had been growing,  and only disclosed that they planned to hit a little over $10 million in annualised GMV in the next two to three months.

Faisal Aftab, managing partner and co-founder of Zayn Capital BitRate Fund, said that Zaraye model of a B2B marketplace had seen success in comparable markets, and that they were happy to back the Zaraye team and had confidence in their abilities to solve problems in Pakistan.

Pakistan’s electric mobility startup ezBike plans to commence sales of electric scooters following a million dollar raise in a pre-seed round.  The pre-seed round was...
Read more
HEADLINES