Banks have refused to open accounts for the Afghan embassy, while dollar accounts remain frozen. A brief effort by the previous govt to find a solution has not yielded results. 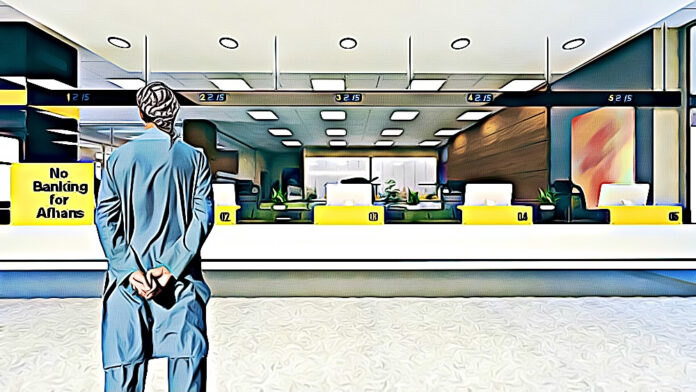 On the 2nd of March this year, a meeting of the high-powered Afghanistan Interministerial Coordination Committee (AICC) faced a strange item on its agenda – a large bank had frozen the accounts of the Afghan Embassy in Pakistan and was not allowing them to make cash transactions. Not only was this bank not allowing the embassy to operate their accounts, other banks were refusing to take the embassy on as a new client.

Since then, even though the meeting of the AICC had requested an update on the issue from the foreign ministry and the central bank, the accounts remain frozen and the embassy has been operating their day-to-day expenses through an arrangement with Pakistan’s foreign ministry.

The reason for all of this? The Taliban. Generally, all embassies maintain two kinds of bank accounts in the countries where they are based. One is a dollar account and the other is an expenses account in the local currency of the country where the mission is based. In fact, embassy bank accounts are among the properties of states most widely present in foreign states.

Ghulam Abbas
The writer is a member of the staff at the Islamabad Bureau. He can be reached at ghulam.abbas[email protected]