Startups should be looking at debt, not just VC funding

But what are the options? 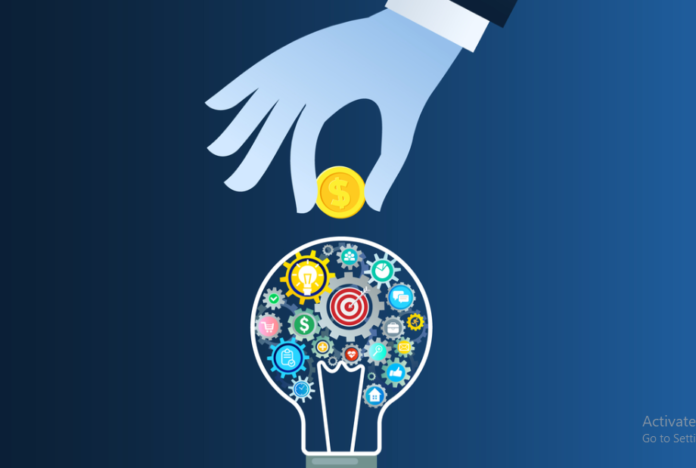 Three years ago, I met another venture investor in Jakarta to talk about startups in emerging markets. We spoke about various sectors and business models. “But when these companies talk about monetization, they’re all lending companies,” he remarked. He was right. The roadmap and monetization slides in a lot of startup decks, even if they aren’t strictly lending fintechs, talked about some form of lending.

It seems that startups are arriving at the same conclusion that GM and other American car manufacturers famously did in the 1930s: there’s more money to be made in financing cars than in selling them outright.

Bundling lending products to facilitate consumer spend is common in most industries, and tech is no exception. After all, no business would turn down an opportunity to get a larger portion of the customer’s wallet and create loyalty.

But tech companies are financed through equity, and raising equity is an expensive way to finance lending. That’s because most venture capital investors expect explosive growth and returns – not the sort that can be achieved by lending at any reasonable rate. So, as startups scale and expand into financing products, they’ll need to access debt to keep making loans themselves.

What kinds of debt for startups exist? These are the categories:

Lending against receivables is one of the most straightforward ways to finance a company with a financial product. The lender assesses the quality of the receivable, i.e., the likelihood of timely repayment, and advances a facility that the borrower draws on as needed. Typically known as a revolver, these facilities provide the borrower with flexibility but may be more expensive than a standard term loan on an annualized basis.

For fintechs or other startups with lending products, the core receivable is the collection of loans they’ve made to customers that will be paid back. A “loan tape” shows all the data on loans they’ve made and tracks repayments. If the company goes bankrupt, the lenders are entitled to recover the borrowed amount by staking their claims to the collateralized loans.

More mature companies can often access a broader variety of debt instruments, including term loans, convertible notes and classic venture debt. These instruments are sometimes cheaper than asset-based revolvers, and lenders typically focus on the company’s capacity to repay the loan with cash flow, as opposed to assessing balance sheet assets.

In debt-speak, this reflects a shift from underwriting a specific asset to underwriting the entire business. In some instances, venture debt facilities also contain warrants – the right of the lender to convert their debt into equity – which can become very valuable if the value of the company appreciates significantly. Therefore, venture debt providers, unlike other debt providers, often focus on the company’s total enterprise value and growth potential.

In fact, plenty of venture debt providers count on warrants to deliver fund returns, particularly when lending to very early-stage startups. Young startups sometimes raise financing through convertible notes, which are really equity instruments masquerading as debt. So while convertible notes and venture debt are available to early-stage startups, investors know fully well that they’re trying to get a piece of the company’s future equity value.

A new class of digital lenders advances loans against future revenue for ventures in the digital economy. Lenders in this category includes Clear.co, Pipe, CapChase, and Uncapped, among others, and also capital provided by Shopify, Square and Stripe.

This product is not new — merchant cash advance has been a lending staple for centuries. What’s changed now is that the lender can plug directly into the borrower’s accounting and financial data, enabling a quick assessment of creditworthiness and fast loan execution. The downside to such financing is the cost to the borrower. Annualized rates on merchant cash advance exceed 50 percent in certain circumstances.

Debt for startups in emerging markets

While venture capital activity in emerging markets has boomed, debt capital, particularly non-corporate debt, remains relatively scarce. Take Pakistan. Although venture capital has exploded in the last three years, debt for startups barely exists. Given that even non-fintech startups want to provide financial products, the demand for debt capital will balloon over the next five years. For now, it’s an unmet need.

To be fair, debt for startups has only recently started getting mainstream attention, even in developed markets. Venture debt expanded to USD 33 billion last year in the US. That’s still only one-tenth of the USD 330 billion of equity that venture capitalists deployed in the US last year (keep that 10x ratio in mind for later).

Simultaneously, the meteoric rises of revenue-based financing startups (Pipe, Clear.co, etc.) have led many to predict an increase in debt financing for startups in this century. Here’s a great summary of debt options available created by a16z, and another that eloquently argues for the incoming debt wave. The summary: startups with decent product-market fit, a repeatable sales process, and a growing cohort of users can benefit more from debt financing than classic venture capital (equity). Cash flows from startups with predictable, recurring revenue look remarkably like cash flows from mortgages: largely predictable and consistent. The analogy has its limits, but there’s no reason why tech companies with recurring revenue can’t also access debt.

Who’s building this in emerging markets?

Assuming the 10x multiple from earlier, the USD 300 million in equity funding for Pakistani startups should translate into demand for USD 30 million in venture debt, which is a subset of the entire debt market for startups. That’s not much, but I expect the demand for debt to be greater given the lack of availability of debt products of any kind in the market. As the startup ecosystem flourishes, debt providers will need to step up.

But Pakistan is a small part of the emerging market venture ecosystem. The total demand for debt for startups in emerging markets is easily a few billion dollars per year. And it will only accelerate in the next five years.

So, who’s building this?

The nation’s pet owners were up in arms this past week as it appeared that the government was banning pet food along with a...
Read more
- Advertisement -