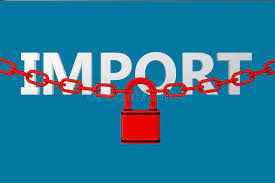 A structurally large trade deficit coupled with a complex external environment that includes high commodity prices and rising interest rates have placed Pakistan in a tough position. Tosave foreign exchange, the Government of Pakistan on May 19thintroduced an import ban over 894 products, followed by a State Bank decision to require approvals for the imports of an additional 25 products. This note discusses the coverage of these measures, their likely effects on imports, exports, and revenues, as well as the policy alternatives the Government faces.

The import ban that covers 894 products falls predominantly on consumer goods (659 out of the 894), but there are also intermediates and capital equipment products included (most prominently ‘mobile phones’ that are considered by trade statistics as ‘capital equipment’). The products covered by the ban accounted for 4.8 percent of imports of FY21 (US$2.6 billion), and for 2.24 percent of imports of the first nine months of FY22 (US$1.29 billion). The sharp decline in imports of targeted products is mostly explained by a decline in imports of mobile phones, in turn likely driven by a more depreciated rupee that increases the prices Pakistani households and firms pay for imported goods, and higher import duties to support localization of mobile phone production (Table 1).

As imports of mobile phones dropped between FY21 and FY22, imports of completely ‘completely knocked down’ (CKD) mobile phone kits soared, from US$52.8 million per month to US$146.9 million per month. Indeed, adding up imports of mobiles and CKD mobiles, on average, imports of mobiles and CKD mobiles reached US$177 million in FY21 and US$174 million in FY22 – virtually no change in import dollars spent. This shows that when firms or households faced increased costs of importing a given product (CBU mobiles), they found a good substitute (CKD mobiles). This is why, to prevent leakages from the import ban through these type of substitution effects, the ban was complemented by an additional import restriction: a State Bank Pakistan’s (SBP’s) import approval requirement that could be taken as a non -tariff barrier aiming at increasing import costs for a set of 25 products that had seen a sharp increase in imports between FY21 and the first nine months of FY22 (Table 2), among which feature CKD cars and mobile phones, in addition to a handful of other capital goods. In total, the import restrictions add up to about 9 percent of imports in FY22, or US$542 million per month.

The import restrictions are expected to curb imports. Yet, leakages are likely to occur through substitution, misreporting and smuggling. Some substitution might occur, for example, from CBU phones and cars to CKD or semi KD phones and cars. The extent of this substitution will depend on the conditions of the SBP approvals, which have not been disclosed(the fact that the criterium to grant these approvals is not known poses additional challenges as it increases policy uncertainty). The ban (and the approval requirements) increases incentives for importers to misreport shipments and it also incentivizes smuggling. The unavailability of certain import products (particularly intermediates and capital goods) will likely impact the ability of firms to operate, invest, or upgrade productivity. In Sri Lanka, for example, a recently imposed import ban that included chemical fertilizers led to substantial reductions in agriculture yields, which in turn led to the reversal of the policy.

Revenues from import duties are expected to fall more than proportionately than imports as banned products are predominantly consumer goods, mobiles, and cars, that face high import duties. Import duty revenues during the first 9 months of FY22 for the banned tariff lines accounted for 14 percent total import duty revenues, or about 10 billion PKR per month.

The increased export restrictions are also expected to reduce incentives to export.

On the one hand, import restrictions that affect intermediates and capital goods affect the competitiveness of firms that use these types of products. In Argentina, a country that has introduced similar combinations of import bans and import licensing, restrictions have reduced exports, and particularly affected small exporters, which struggled to secure the necessary approvals to be able to access the required inputs.

On the other hand, import restrictions on final goods create an anti-export bias. The import ban creates (additional) market power for domestic producers that focus on the domestic market. Thus, the combination of the ban and the import approval requirements increase the relative profits of selling domestically versus exporting. Our estimates show that a 10 percent increase in import duties on a given product increases their profit margins by 40 percent (profits account for about 25 percent of output, according to the latest CMI, this was empirically validated by an analysis of margins of publicly listed firms). An import ban will be more powerful than the increases in duties, while the effect of the import approval requirements are uncertain and will depend on the likelihood of receiving the approval as well as its speed.  The anti-export bias of these measures does not require a firm switching from exporting to selling domestically because of higher margins at home. This is only one possibility, which we also see in the data. But you can also think about it as a portfolio choice for investors or banks. If relative profits of the import-substituting sector increase relative to the export sector, then resources will likely be allocated to the former sector. In other words, expect more TERF disbursements, less LTFF disbursements, and a more muted aggregate effect on the trade deficit (imports will fall, but so will exports).

Also, these import restrictions affect policy stability, thusreducing incentives to invest and innovate, as they alter the rules under which firms operate. In particular, import approval requirements incentivize rent-seeking and favor large firms that can devote more resources to navigate the system to secure timely approvals.

Fundamentally, the introduced import restrictions do not tackle that underlying driver of the trade deficit: the fact that there is a macroeconomic imbalance, with saving being too low relative to investment. In particular, the main driver of the imbalance comes from the public sector: the large fiscal deficit drives the large trade deficit. Addressing that imbalance requires reducing the fiscal deficit in a way that does not affect the livelihoods of the poorest segment of the population.

The fuel subsidy has been the talk of the town because of three characteristics that make it problematic: it is costly, it is structured in a way that incentivizes more use of fuel by firms and households (thus increasing imports of petroleum products), and it predominantly benefits richer households instead of the poor. The decision to gradually phase it out, by increasing prices of petrol, high speed diesel, kerosene oil and light diesel oil by 30 rupees is a step in the right direction that will help reduce the fiscal and trade deficits.

Yet, there are many additional steps that could be taken to reduce the fiscal deficit so that the pressure on the trade deficit eases. One is related to taxing property that is largely outside of the tax net. A recent study of the International Growth Center, for example, showed that all of Punjab collected less in property taxes than the city of Chennai in India. A first step would be to introduce progressive real estate taxes, and to ensure property valuation tables reflect market values, so that capital gains on real estate are at least partially more accurately taxed. In agriculture, there is also substantial space to increase tax revenues by harmonizing schemes across provinces, and rates with other sectors of the economy. Streamlining subsidies that do not favor the poor, including to State Owned Enterprises; minimizing (or eliminating) exemptions in the tax code, or making better use of state-owned assets by leasing them to the private sector, are just some examples that could help bring down expenditures and with that the trade deficit.

Importantly, these changes will not just help reduce pressures on the trade deficit side. They will also help achieve a more efficient allocation of resources, impacting productivity and sustainable growth moving forward. 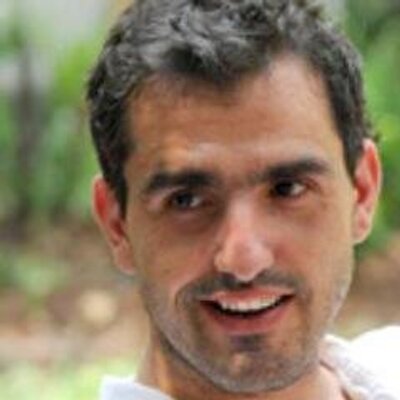 Gonzalo J. Varela
Gonzalo Varela is a Senior Economist in the Macroeconomics, Trade and Investment Global Practice of the World Bank. He is currently based in Islamabad, where he leads the trade program.