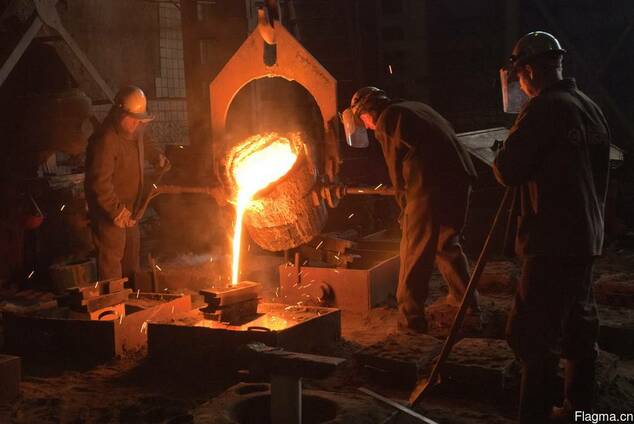 ISLAMABAD: As the State Bank of Pakistan (SBP) is likely to announce new monetary policy on August 22, 2022, the steel industry fears more damages for higher policy rates. The steel sector which, like other industries, is fighting for sheer survival fears of more burdens after the expected new policy.

According to Secretary General of Pakistan Association of Large Steel Producers (PALSP), Wajid Bukhari, the key rate currently stands at 15%, which is highest since the last two decades last seen in April 1999. The industry believes that the unbearable benchmark interest rate of 15% is unsustainable for the industry. Comparing it with other regional countries, the benchmark interest rate in Malaysia was 2.25pc, Indonesia 3.5pc, China 3.7pc, Bangladesh 4.75pc and India 5.4pc.

“The upcoming Monetary Policy Statement will be disastrous and is set to shut down industries of Pakistan and create unemployment if the interest rate is not reduced effectively immediately,” he claimed while talking to the media.

According to the association the SBP has raised rates in previous 7 meetings since September 2021, cumulatively increasing the interest rates by 800 basis points and is expected to hike further. PALSP notes that it is impossible for any businesses to plan expansions or working capital with such abrupt changes.

“Such fast hikes are a perfect recipe to shut down businesses. How can a business sustain if an interest rate doubles in only 8 months, whereas the regional peers are at around 2-5%”, he said.

According to the industry representative, the industries are facing problems as banks are not opening LCs for raw materials. Further exacerbating the situation, spare parts and even consumables falling under Chapter 84 and 85 have become impossible to seek approval from SBP, leading to shutdowns imminently. “Our members are complaining that SBP has become defunct and approvals are just not coming, whereas banks are hesitant to open LC’s for raw materials,” he added.

The steel industry, which is capital intensive business and due to worsening economic conditions is already facing a severe liquidity crunch, whereas many small to mid-sized mills have already shut down. This will structurally damage the Industry for decades to come.

As per the data Pakistan’s scrap imports amounted to 164,699 mt in May this year, the lowest since March 2014, decreasing by 47.6 percent compared to April and by 38.2 percent year on year. In the month of June, scrap imports ranged at around 210,000 MT, whereas July scrap imports are tentatively less than 100,000MT range, making it the lowest in the last two decades. Mills have started to shut down and supply chain shocks are only adding fuel to the fire.

The Govt set an inflation target at 11.5% for this fiscal year but the SBP has given an inflation range of 18% which is still very high considering falling oil prices, softening of commodities and revaluation of the rupee.

“With June and July core inflation clocking in at 11.5 and 12 percent, respectively, the range given by the Monetary Policy Committee (MPC) is absurd. Furthermore, they disastrously fail to comprehend that abnormally high policy rates cannot fix supply chain related issues. It has nothing to do with demand pull inflation so MPC is consciously making a flawed decision, resulting in closure of industries and increase of joblessness,” the PALSP officials said.

As per the association, other countries have demand-based inflation whereas Pakistan pricing pressures are import related resulting in a depression of an already fragile economy by crushing the demand to a standstill. Cement sales in the month of July have fallen by 60%, whereas automobile sales have been crushed by 89%.The numbers are evident that MPC overreacted and crashed the already ailing economy to a standstill by hiking the key rate by 800bps to an all-time high for the last two decades. MPC states that they are independent, but they are not independent to the 220million population and must be held answerable to justify increasing crime and homicide rates, shutdown of businesses, and a record joblessness. The flawed MPC decisions shall have reverberations in investments and jobs for future generations. The current policy rate must be reduced if we want our country to survive.” Pakistan needs to create 4.5 million jobs over the next five years as per UNDP report. Right now, jobless rates are increasing at the fastest pace in the history of Pakistan.

“If we take the UK as an example, it doesn’t justify Pakistan to have higher rates than 10.35% as per SBP own inflation assumption of 18% today and compared to the UK which has a real negative rate of 7.65%. The United States currently has a negative real interest rate of 6% today,” Bukhari concludes.