Pakistan to receive $2bn in bilateral support from Qatar 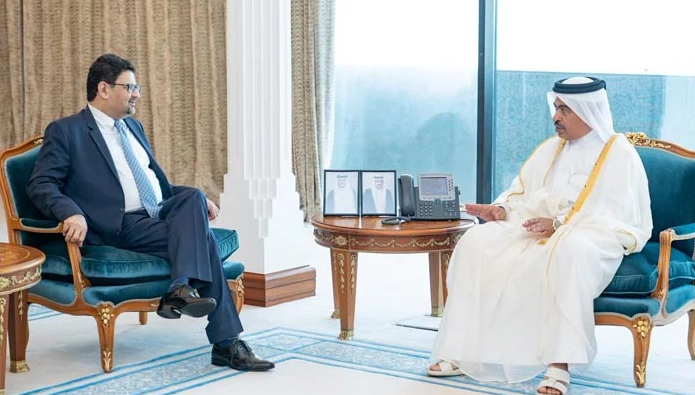 Pakistan will receive $2 billion from Qatar in bilateral support to help ease the country’s financial crunch and the consequent risk of a default, Bloomberg reported on Monday.

The assistance will improve the position of the foreign exchange reserves and will further strengthen the local rupee — which was the best performer globally this month according to data tracked by Bloomberg.

In this regard, Acting Governor State Bank of Pakistan Murtaza Syed during a briefing said that Pakistan Prime Minister Shehbaz Sharif is visiting Qatar on August 23 and 24 during which an announcement of the assistance may or may not be announced.

The country will also get $1 billion in oil financing from Saudi Arabia and a similar amount in investments from the UAE. “All the funds are expected over twelve months,” Syed said.

HE. Ali bin Ahmed Al-Kuwari Minister of Finance met with his counterpart. @MiftahIsmail, Federal Minister for Finance and Revenue of the Islamic Republic of #Pakistan, bilateral relations were discussed & areas of joint cooperation explored.#Qatar#MOFQATAR pic.twitter.com/cdswnDCyTi

It is pertinent to mention here that the pledges have come in days before the IMF board meeting scheduled on August 29. Pakistan is expecting the release of $1.2 billion in financing from the Fund following the meeting as the Washington-based lender has gotten the commitment of funding it had sought from Saudi Arabia.