Millions of homes have been destroyed. Could we rebuild them with solar rooftops? 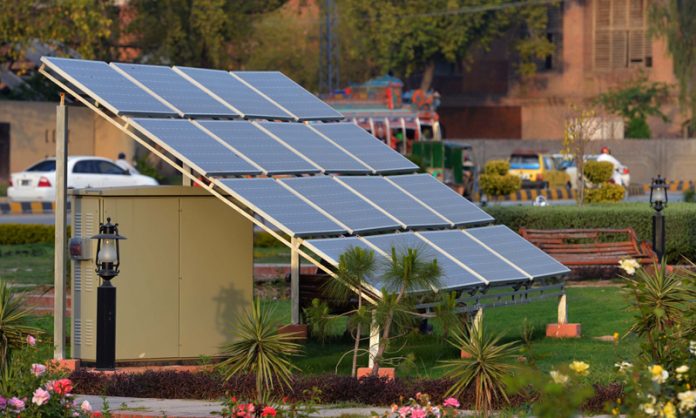 As of September 8, 2022, a total of 1.74 million homes have either been partially or fully destroyed across Pakistan during the ongoing floods ravaging that country. 1.5 million of these homes, which is 86 percent of the total, are estimated to be in Sindh. The total damages, based on early assessments, amounts to almost $2.6 billion. Reconstructing these homes will cost an additional $4.28 billion, taking the total financial costs to housing during the floods to $6.9 billion.

The immense scale of the destruction in Sindh means that the province will need almost $4 billion just to rebuild its housing stock; Khyber-Pakhtunkhwa will require over $250 million; Punjab almost $163 million; and Balochistan will require another $145 million.

The numbers themselves are derived in part from the 2010 flood assessments conducted by the World Bank and the Asian Development Bank, with the cost per home revised upwards to consider inflation and need for overall improvements to structures.

A lot of the homes destroyed are likely to be what is referred to as kaccha homes, meaning that their structure was not built out of robust materials like bricks and cement. There may emerge a perspective that the amount required to rebuild should be revised downwards. This will be folly and in fact the amounts should be revised upwards to not only rebuilt better homes, but to add solar rooftops to the homes of citizens who have been devastated by these floods.

This additional cost, which will increase the near-term burden on the exchequer, is going to pay off immense dividends over the long-term, providing cheap, reliable power to the most marginalized of communities in Pakistan, reducing the need for energy imports, eliminating need to extend the grid infrastructure at high costs, and kickstarting the emergence of a micro-grid, renewable energy infrastructure in rural Pakistan.

A 2-kilowatt solar system can be installed at a cost of roughly $1,000, providing enough electricity to meet the needs of households consuming less than 200 units of electricity a month. This is much of the rural population, especially in the areas affected most severely by the floods. The provision of these systems to rural households will provide them with a necessity to live a modern life, while eliminating the need to spend billions of dollars to expand and maintain the electricity grid infrastructure.

Such an investment can also be paired with a plan to skill labor and incentivize the emergence of service providers in rural areas needed to maintain this infrastructure. As this ecosystem scales, further investments can be made to develop community microgrids, local component manufacturing, and more innovative products such as battery storage that can lower the intermittency of power available.

Providing this facility to only 25 percent of affected households who are based in some of the most far-flung areas of the country where the grid has either not yet reached or it is too expensive to maintain it will cost an additional $434 million, an increase of about 10 percent to the total reconstruction costs. As this program scales up and a local ecosystem emerges – bringing economies of scale to lower the costs – the facility can be scaled up to eventually cover every single affected flood-affected household not connected to the grid.

Such a program should be combined with a government-backed program to incentivize manufacturing of relevant components, including solar panels, within the country. The capital can be attracted into the relevant manufacturing segments through the demand signal generated by the policy to provide solar rooftop to flood-affected households not connected to the grid. The demand guarantee will provide the necessary predictability to entrepreneurs looking to deploy capital and meet the growing need for solar power in the country.

The current humanitarian and economic crisis is going to take years to recover from. But it is an opportunity to also leapfrog ahead by making investments that not only improve the lives of those most affected by the floods, but also kickstart the emergence of a decentralized, renewable energy ecosystem in the country. Making such smart, common-sense investments can not only bring long-term benefits to underprivileged households, but also lead to the emergence of new industries and economic opportunities within Pakistan.