Investment in sector likely to free-up capital for telcos 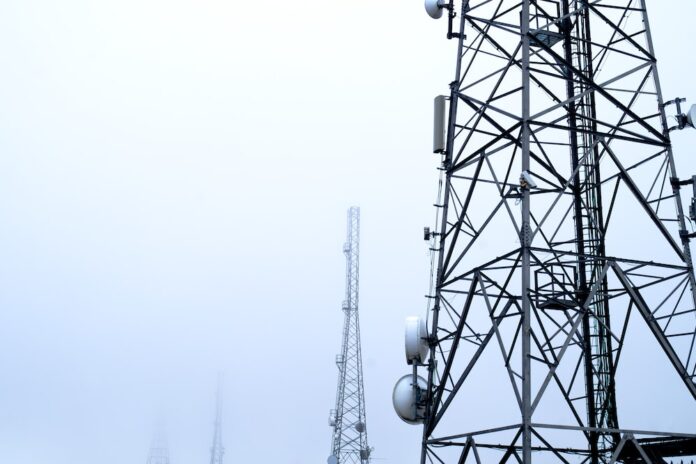 ISLAMABAD: In a significant development in the growing field of telecom tower infrastructure in Pakistan, local company TPL Properties has formed a consortium with a UAE-based mobile telecom tower operator, TASC Towers, according to a notification to the PSX filed on September 20.

Profit has learnt that TPL, through its wholly-owned subsidiary TPL REIT Management Company Limited (RMC), has formed the consortium to participate in the auction of a Telecom Tower Infrastructure Company, details of which were not shared.

TPL RMC was founded in 2019 to manage real estate investment funds that, according to the official website, “capitalises on sustainable real estate development and management expertise of its parent company.”

On the other hand, founded in 2003, TASC Towers is an independent tower operating company focusing on developing markets. As per the company’s official Linkedin page, “TASC Towers’​ current business focus is on acquiring portfolios of telecom towers from mobile operators and leasing them back to these operators on a long-term basis, investing equity or debt capital to accelerate a tower operator’s growth prospects for example on acquisition-related projects, potentially ahead of an IPO and investing equity in tower operators mandated on build-to-suit programmes.”

The emergence of specialist network tower-sharing companies, all marketed through a portfolio of properties on which they rented space to multiple telco operators, is a result of mobile operators relaxing their grip on their network infrastructure via ad hoc arrangements by operators to sublet space on their sites.

Pakistan has been late to catch up with this trend. Initially, when the local telecom market opened up to foreign players in the early 2000s, the focus of all Mobile Network Operators (MNO) was to build infrastructure and compete on coverage. Therefore, a lot of initial investment went into building tower sites and purchasing equipment.

“When we were building most of our sites back in the 2004-2008 period, there were no tower sharing companies. Therefore, we had to build our own infrastructure but now we are sharing and we are sharing quite substantial numbers,” CEO of Telenor told Profit.

However, as the market evolved, focus shifted towards services and other offerings which require MNOs to free up capital (asset light balance sheet approach) to route it into segments that have better Return on Investment (ROI).

While talking to Profit earlier this year, an official representative of Jazz commented that Jazz supports passive and active sharing as it reduces CAPEX and OPEX costs incurred by the business, allowing the company to provide quality services specifically to unserved areas. “The current regulatory framework entails passive sharing, and we hope to have an update on active and spectrum sharing in the near future to optimise network spend, open secondary markets, and create innovative network expansion opportunities.”

Meanwhile, research by TowerXchange shows that Pakistan has an estimated 36,187 towers serving four MNOs with 189 million subscribers, while an estimated 30,000 to 40,000 additional towers will be required over the next five years.”

The research further stated that of the 36,1687 towers, 10,000 operate as co-location that means they serve multiple MNOs. 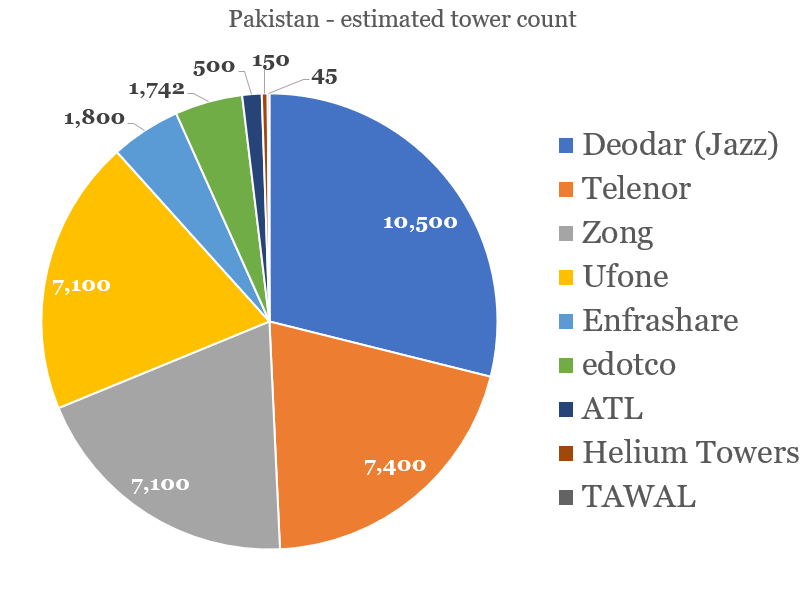 Note: The current number of sites might differ from the infographic as the figures above were compiled at an earlier date. (e.g Jazz in its recent communication to NEPRA claimed that it has 14,558 towers. While sources tell Profit that Enfrashare owns more than 2900 tower sites)

The largest tower holding company in the country is Jazz, which created a special purpose vehicle, Deodar,  and transferred ownership of all its tower sites to the company. The aim behind this move is to ultimately sell off all tower sites as an incorporated company when a suitable bid arrives.

Enfrashare (Private) Limited, the country’s largest independent third-party tower operator, was incorporated in 2018. In April 2019, the operator entered into separate purchase agreements with Jazz and Deodar for the purchase of 1,596 towers. The total consideration for the company in respect of the aforesaid contracts was proposed to be Rs1,203 million which was later adjusted for a change in the number of sites transferred.

Here we may note an example of asset light strategy used by the Indian telecom market. As per EY’s report, from evolution to revolution, India has 83 per cent sites with shared infrastructure, only second to China’s 100 per cent.