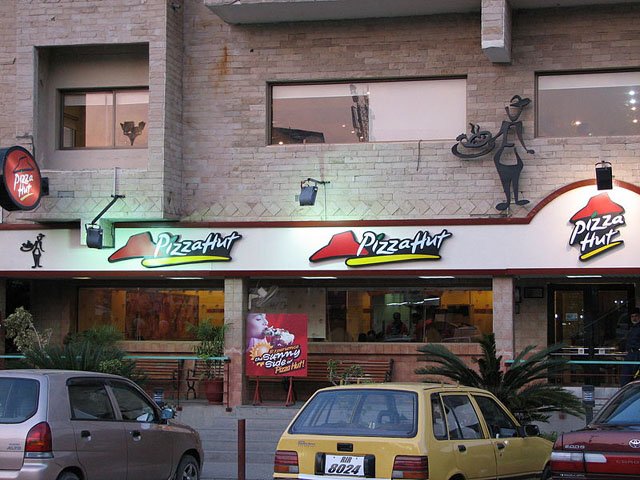 LAHORE: After months of being shuttered, the franchises of Pizza Hut and Burger King are set to re-open in Pakistan after a change in ownership. Pakistan’s oldest international fast food chain, and once one of its biggest, Pizza Hut had shuttered shop a few months ago.

The Pakistani franchise rights of both Pizza Hut and Burger King currently belong to MCR Pvt Ltd, which opened the first branch of Pizza Hut nearly three decades ago in November 1993. However, in the past decade Pizza Hut has taken a beating on the market with the entrance of new pizza franchises such as Dominos and Papa Johns. Despite an effort to revamp back in 2017, it seems the local owners of the iconic pizza restaurant have had enough and are set to sell.

Reliable sources have said that MCR is currently in late-stage talks with Maak International for the sale of both their Pizza Hut and Burger King franchises. Maak, an Islamabad based business group which operates in the rice, petroleum, hospitality and pharmaceutical sectors, has confirmed that the transaction is now close to completion and bank reconciliation is underway. If completed, the transaction will amount to somewhere between $10-$15 million.

Maak International has claimed that they will have the 84 branches of Pizza Hut and 9 branches of Burger King spread across 23 cities in Pakistan up and running again within a month. The question is, however, what brought the once mighty Pizza Hut to such dire straits in Pakistan, and why did Burger King never take off?

Beginning its operations in 1993, Pizza Hut was the first international fast food chain to enter Pakistan at a time when the long-reach of globalisation was just stretching into our borders. In fact, Pizza Hut was a pioneer in Pakistan. KFC would not open its first franchise in Pakistan until 1997 and McDonald’s would not do so until a year after them in 1998.

And for a long time Pizza Hut dominated the pizza market in Pakistan, largely because they single-handedly created the demand. There were, of course, some pizza pioneers in Pakistan. Islamabad had the still functional Pappasallis and Karachi also had some local pizzerias. However, these were also new, popping up in the 1980s and 90s. It is hard to imagine today with every bakery, restaurant, and cafe having its own rendition of pizza on the menu and dozens of dedicated pizza chains in the country, but there was a time when this famous Italian dish was not commonplace in Pakistan. That only happened after the introduction of Pizza Hut.

It was Pizza Hut that brought Pizza to Pakistan and introduced familiar flavours that would appeal to the Pakistani market. On top of this, the first-mover advantage of being an ‘American’ brand operating in Pakistan gave them a growing clientele. But very quickly competition started to pop-up. More and more ocal pizza shops and chains began opening, but this only indicated the growing demand. Pizza Hut’s popularity never waned, and with still remembered features such as an all-you-can-eat salad bar and their famed Ramzan deals, Pizza Hut was easily on the top of the pizza food-chain. Then came Dominos.

Entering Pakistan in 2004 and opening their first franchise in 2009, Dominos had a rough landing in Pakistan precisely because of the hold Pizza Hut had on the market for two-and-a-half decades. According to a case study by Naveed M Khan, an associate professor at Bahria University, Domino’s International entered Pakistan in 2009 through a master franchise agreement with “ Hilal Confectionery”.

There was, of course, a lot of buzz when Dominos first entered the market. They were a famous international franchise, and had also seen great success in the Indian market — which meant there was a lot of curiosity regarding them. In the first four years, although sales of Domino’s pizza was around Rs. 2 million per month from 13 outlets in Pakistan, their operational losses were somewhere around 33%.

Pizza Hut was massive. Opening 13 branches and then also providing good deals for customer acquisition was very expensive. So what did Dominos do? Floundering and fast sinking, they poached one of Pizza Hut’s star employees.

A dip in quality and an inside job

Muhammad Ahsan Ahmed had been at Pizza Hut since April 2005. He had started off as their head of Business Development and went on to become their General Manager for HR, and Business Operations. In 2012, Dominos hired him as their CEO.  In a short time Mohammad Ahsan was able to cut losses and made the company profitable.He Was very successful in cost cutting the first phase of reorganising the business, and went on to create value and increase sales dramatically.

As the head of Pizza Hut’s business development, Ahsan had a front row seat to all of the franchise’s strategies. Using his experience in the business, he was able to turn things around at Dominoes. He remained at Dominos between 2012-15, before moving on to Dominos KSA. However, in the decade after he took over, Dominos grew to have 62 branches in Pakistan and had Pizza Hut on the ropes.

But Ahsan’s exit was not all that suddenly made Dominos such a success. In 2013, the first branch of Burger King also opened in Karachi. Rich and settled from the business they were getting from Pizza Hut, MCR decided to bring Burger King franchises to Pakistan as well. And they made quite a splash doing this, opening not one but three branches in Karachi at a time. The response, however, was muted. And attention and investment started to be diverted towards Burger King which just refused to take off in Pakistan in the presence of McDonalds.

At the same time, the family that owned the Pizza Hut franchises were also going through a transition. The second generation seemed less interested in getting their hands dirty with the daily grind of running a large chain of franchises, and the quality of the pizza began to drop. Domino’s resurgence coincided perfectly with this, and as Pizza Hut’s share of the market dipped Domino’s took full advantage. Simultaneously, newer and better local pizza chains also began opening. With the Pakistani market’s appetite for pizza now more refined, pizzas other than deep-pan became popular and the market grew significantly.

Pizza Hut tries to clap back

In the meantime, other franchises also began operations. NY21, Broadway, California Pizza, and Papa Johns are just a few of the new entrants in the market. As the market size shrunk for Pizza Hut, they had to go back to the drawing board. In 2017, Pizza Hut announced that along with a local partner they were going to invest some $3 million over the next five years and open 75 new branches of the franchise.

During a ceremony at the US Consulate in Karachi, a new franchise agreement was signed between Yum! Brands – the Fortune 500 company that owns Pizza Hut – and MCR. The deal was aimed at expanding Pizza Hut’s presence in Pakistan and adding to its network of 75 outlets over the period of next five years.

Meanwhile, MCR President Aqueel Hasan said that the agreement presents a massive opportunity for Pakistan, adding that the country was looking at approximately $3.4 million on average in investment alone from the deal.

Except the new franchise agreement does not seem to have gone as planned. It has been reported that the company was unable to maintain Pizza Hut up to its international benchmark. The management of the Maak’s International identified that MCR failed to follow the guidelines set by Yum! Brands.

“All outlets have been closed at the moment because of supply-chain issues. The previous management was neither focused on supply-chain nor the ambiance of Pizza Hut. During this time, it lost market share and allowed others to get ahead” said Jafri.