Delay in bank LCs may cause fuel shortages in February 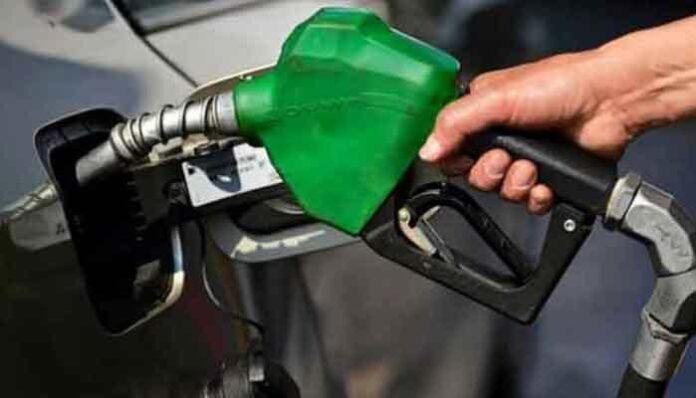 Owing to the significant decline in the country’s forex reserves, commercial banks have refused to open the letters of credit (LCs) of Oil Marketing Companies (OMCs) and refineries which might lead to a shortage of petroleum products by February.

“If banks do not open the LCs of OMCs and refineries, shortage of petroleum products is likely to begin with the start of February, 2023 in the country,” said sources in the oil industry.

They added that due to delay/cancellation of LCs, currently three cargoes carrying 16 lakh barrels of crude oil of Pakistan Refinery Limited (PRL) and Pak-Arab Refinery Company (PARCO) are facing critical delays.  Also, a total 21 LCs of petrol, two LCs of crude oil, four LCs of high speed diesel (HSD) and lubricants are not opened so far by the banks of the country.

Syed Muhammad Taha, Managing Director of Pakistan State Oil (PSO) in a meeting held on January 19, 2023, under the chair Additional Secretary Petroleum Division warned that the country is having limited stocks and such a situation can lead the supply to dry out.

One of the Mogas cargo of PSO which was scheduled to be loaded on January 13, 2023, had already been cancelled due to the non-opening of LC. A second cargo is scheduled to be loaded on January 23, 2023, for which the LC is not being opened by banks, MD PSO told the Petroleum Division in the meeting which was attended by Director General (Oil), Chairman Oil and Gas Regulatory Authority (OGRA) and representatives of the State Bank of Pakistan (SBP).

However, representatives of the SBP while speaking during this meeting, which was called to address the issues pertaining to the LC establishment and confirmation issues being faced by the OMCs, stated that the country is facing severe liquidity issues including commercial banks and SBP and that is why LCs are being delayed. There is an urgent need to take energy conservation measures to minimise demand, stated the representatives.

The petroleum division, in a statement issued on Friday, said that PSO and other OMCs have a required quantity of petrol, HSD and Kerosene oil and other petroleum products in their storages, and there is no possibility of oil shortage in the country.

It is pertinent to mention that the OCAC on January 13, 2023 wrote a letter to secretary finance and highlighted the challenges in opening LCs for import of petroleum products.

The OCAC on behalf of OMCs and refineries asked the finance ministry to urgently intervene to ensure the timely issuance of letters of credit to import petroleum products to avoid a fuel shortage.

The OCAC said challenges in opening and confirming LCs has caused delays in multiple cargoes and a few cancellations as well. The situation has severely deteriorated during the current month as banks are declining LCs to industry members.

“If LCs are not established on a timely basis, critical imports of petroleum products would be impacted which may lead to fuel shortage in the country. It may be noted that if the supply chain is compromised, it may take six to eight weeks to normalise,” the OCAC said in the letter.

The HESCO chief explained that the imports of petroleum products requires a definitive financial instrument (in the form of import contracts/confirmed LCS), as per requisite banking regulations, and delays in this regard, despite availability of LC lines, is hampering the oil supply chain, leading to supply disruptions in the country.

Furthermore, the non-availability of import contracts/LCs has had a marked negative effect on international oil suppliers which led to forced cancellation of oil cargoes.

The situation has been especially bleak in the first week of January 2023, whereby Pakistani banks are denying any new LC which will lead to critical shortages of oil at the retail stations in the coming weeks, if not addressed immediately, added Khan.

According to sources at the petroleum division, local banks have also regretted issuing LCs to Attock Petroleum Limited (APL) based on the plea that the SBP has instructed them to ration, based on the foreign reserves situation.

Local banks have informed APL that they are not in a position to facilitate any new LCs. Moreover, APL is also facing issues with the confirmation of import LCs by foreign banks because of curtailed credit limits on account of downgrading of Pakistan’s credit rating being downgraded by international ratings agencies.

APL, the second largest OMC in Pakistan with a vast network of 731 retail stations, told the OCAC in a letter dated January 12, 2023, that the organisation must immediately take up the matter with authorities to avoid an fuel crisis.

In the letter, a copy of which is available with Profit magazine, APL warned of the consequences of supplies drying out in retail stations: “This will eventually not only lead to civil unrest in public but also lead to aggravating the economic crisis.”

- Advertisement -
Facebook
Twitter
Linkedin
WhatsApp
Email
Previous article
Pakistan, Russia agree to strengthen energy cooperation, enhance energy trade,broaden energy infrastructure investment
Next article
Between Dar and Atif, there is a field; I will meet you there